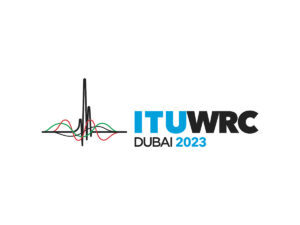 Broadcasters led by the EBU are fighting to hold on to spectrum used for free-to-air channels ahead of next year’s Radiocommunication Conference 2023 (WRC-23).

UHF spectrum between 470 and 694 MHz is used by both terrestrial broadcasters and the creative industries for wireless production equipment such as microphones.

Senior Project Manager Walid Sami said the conversation was following a familiar pattern: “As was the case at previous WRCs, mobile network operators are asking for access to more of this precious chunk of Spectrum.”

The EBU participated in Task Group 6/1, preparing input for item 1.5, which covers the contested part of the radio spectrum. It wants any public service broadcaster in Europe, the Middle East and Africa using the UHF band to be able to guarantee free-to-air receivability of content and the intention to use the band for many years to come.

Sami says the outcome of the item at WRC-23 in Dubai next November could significantly affect the future of free-to-air media broadcasting and wireless production technology in Europe. He added the only way to progress had been to collect and include the various divergent views in the text, suggesting producing a full report that is agreed and approved could be difficult.

Wi-Fi 6 and Wi-Fi 6E client devices are entering the home in an unprecedented way, surpassing 50% market share since their introduction in 2019 (compared to four years for Wi-Fi 5). … END_OF_DOCUMENT_TOKEN_TO_BE_REPLACED