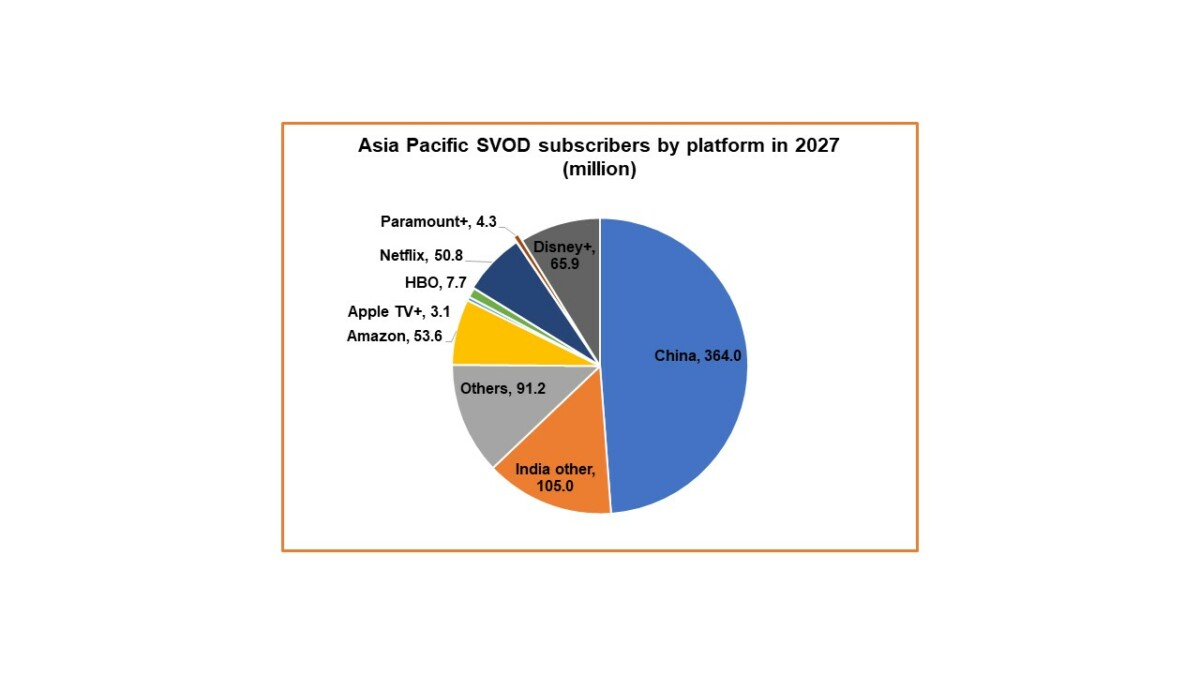 The Asia Pacific region is forecast to have 746 million SVOD subscriptions by 2027.

This, according to the latest report by Digital TV Research, will be up from 541 million last year. China will have 364 million SVOD subscriptions in 2027, or 49% of the region’s total, while India will add 92 million to reach 176 million in 2027.

Commenting on the findings of the report, Simon Murray, principal analyst at Digital TV Research, said: “The six major US-based platforms [Netflix, Disney+, Paramount+, HBO Max, Amazon Prime Video and Apple TV+] will only control a quarter of Asia Pacific’s SVOD subscriptions by 2027 – much lower than in any other region in the world. These platforms will never gain access to China and India has plenty of local players”.

Disney+ overtook Netflix in subscriber terms in 2020, almost entirely due to its success in India. Disney+ Hotstar reshaped the SVOD landscape in India, mainly by controlling the rights to India Premier League cricket. Disney+ Hotstar did not retain the IPL rights from 2023 and the platform will lose 4.5 million subscribers in 2022 and 10 million in 2023 before plateauing.

Wi-Fi 6 and Wi-Fi 6E client devices are entering the home in an unprecedented way, surpassing 50% market share since their introduction in 2019 (compared to four years for Wi-Fi 5). … END_OF_DOCUMENT_TOKEN_TO_BE_REPLACED