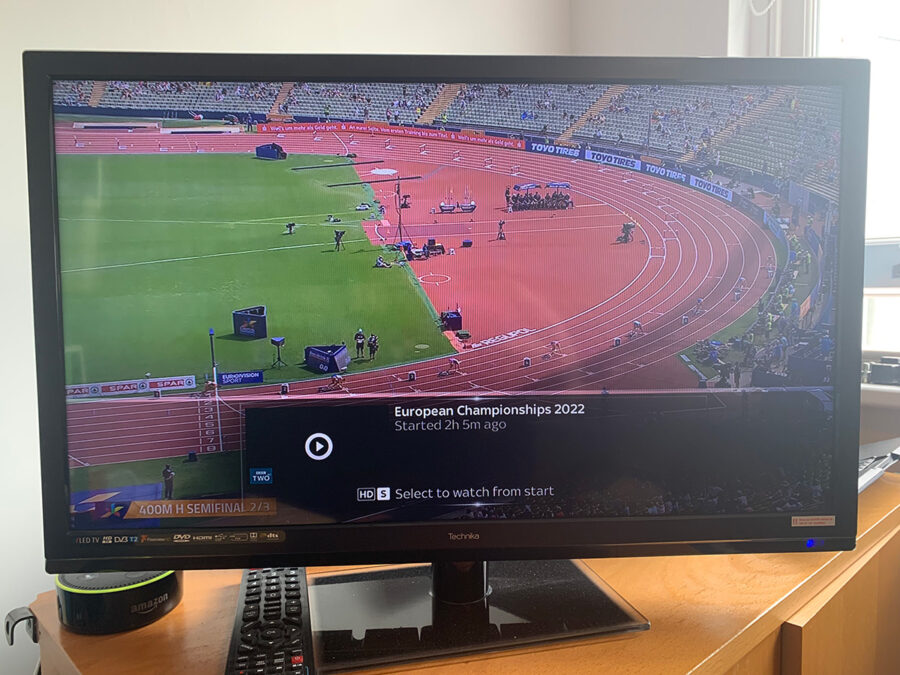 The BBC has begun to introduce Restart to its channels on the Sky Q box.

Broadband TV News has seen the feature on BBC One, BBC Two and BBC News.

Viewers are presented with a dialogue box that allows them to join the programme from the start. The box, displayed for a few seconds, requests the viewer to press Select. They are then taken to the BBC iPlayer where the show plays automatically without further intervention.

The functionality has been available on smart TVs and Freesat for some time, but this is the first time it has been added to Sky Q.

Wi-Fi 6 and Wi-Fi 6E client devices are entering the home in an unprecedented way, surpassing 50% market share since their introduction in 2019 (compared to four years for Wi-Fi 5). … END_OF_DOCUMENT_TOKEN_TO_BE_REPLACED