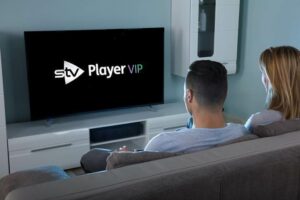 STV Player and Virgin Media have signed a new six-year agreement to extend their UK-wide strategic partnership through to 2028.

In Scotland, Virgin Media’s fully regionalised HD version of the STV broadcast channel will continue as part of the agreement. Across the rest of the UK, Virgin Media set-top boxes (STBs), including the new Stream device, will continue to carry drama box sets that have helped make STV Player the country’s fastest-growing broadcaster streaming service since launching UK-wide in 2020.

STV and Virgin Media’s commercial partnership began in Scotland in 2018, with Virgin Media being the first pay-TV provider to offer fully regionalised versions of STV in HD. Two years later, as STV ramped up its strategy to rapidly increase the market for STV Player, the broadcaster agreed a deal with Virgin Media to launch on its STBs across the UK too.

The new deal includes the full integration of STV Player on Virgin Media’s latest entertainment service, Stream, as well as on Virgin TV 360, meaning STV content will appear on the Home screen of Virgin TV services for the first time. STV Player will continue to receive promotion on Virgin Media’s set-top boxes and in other customer channels.

Throughout 2021, STV Player signed 31 new content deals and added more than 1,000 hours of new and acquired drama, all of which will be available to Virgin Media TV customers as part of the new agreement. Also last year, the service celebrated its best-performing day since launching in 2009, achieving over one million streams in a single day for the first time ever.

Commenting on the agreement, Richard Williams, MD, digital at STV, said: “Our strategic partnership with Virgin Media has been integral to STV Player’s continuing growth story. Since signing our long-term agreement with Virgin Media in 2018, then significantly enhancing it two years later, our service has reached millions more households up and down the country.

“We’re delighted to be nurturing this partnership even further and look forward to more success with Virgin Media in the next half-decade”.

David Bouchier, chief TV and entertainment officer, at Virgin Media O2, added: “Virgin Media brilliantly brings together the best of live TV, on-demand programming and streaming services from all parts of the UK and beyond – together in one place. Through our strengthened partnership with STV, we’re not only continuing to deliver STV in HD across all our regions in Scotland, but also fully integrating STV Player into our set top boxes nationally. STV Player’s extensive box set offering is now fully integrated into our latest entertainment service, Stream, giving our customers an unrivalled breadth of subscription-free content as well as fully regionalised news and sport”.

Wi-Fi 6 and Wi-Fi 6E client devices are entering the home in an unprecedented way, surpassing 50% market share since their introduction in 2019 (compared to four years for Wi-Fi 5). … END_OF_DOCUMENT_TOKEN_TO_BE_REPLACED