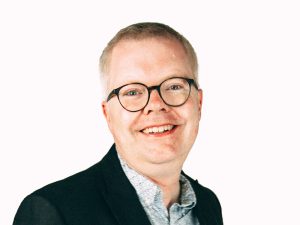 To build back its subscriber base, Netflix will have to offer it subscribers the familiar, writes Julian Clover.

It hasn’t been a good week for streaming services; Netflix lost 40% of its market value after admitting that it may lose up to 2 million subscribers. CNN+ would be happy with half of those, a quarter, given the poor start for its new streaming service that has already been put out of its misery by the newly formed Warner Bros. Discovery.

Netflix lost 200,000, that’s 50,000 more than CNN+ gained in its short news cycle, but it will be the 2 million that the pioneering streamer is expecting to shred over the next quarter that is worrying accountants.

The problems facing Netflix are varied but boil down to how will it acquire new subscribers and hold onto those it already has.

This week’s revamp of its categories menu underlines one issue on Netflix; how to find the content. Mrs Clover and I have worked our way through The Crown and quite a bit of Bridgerton, but we like a good detective drama. Trouble is we’ve either watched most of what’s on offer or decided they’re not for us. That doesn’t stop the Netflix algorithm showing us the same shows.

Friends tell me they’ve watched some excellent documentaries and reality shows on Netflix, but this isn’t what is presented to us.

Two ‘Netflix’ shows we are enjoying are Big Bang Theory and Chicago Med. Except that they belong to two US networks that have their own streaming services, so will be heading for Paramount and Peacock at some point in the future.

Other shows have already been clawed back by those who have watched the growth of Netflix with envious eyes. ITV’s Downton Abbey, which seems to be everywhere anyway, is next to go.

The Crown and Bridgeton, and new release Anatomy of a Scandal, show that Netflix is more than capable of creating its own content, but without the familiarity of another Star Trek spin off or Fresh Prince reboot. This seems a much greater problem, but one that it is looking to solve through star deals with the likes of Ryan Reynolds, Idris Elba and Will Smith. OK, not so much Will Smith these days.

As a self-confessed news junkie, I’m disappointed I’ll never see CNN+ make it in Europe. The last stand of WarnerMedia went for the familiar, but of course the same familiar that viewers were already getting elsewhere. It’s demise after just a month in office suggests that no one is too big to fail and there’s a reasonable chance that we’ll see a few more as broadcasters look to make their way and consumers count the pennies amid an economic shift.

Wi-Fi 6 and Wi-Fi 6E client devices are entering the home in an unprecedented way, surpassing 50% market share since their introduction in 2019 (compared to four years for Wi-Fi 5). … END_OF_DOCUMENT_TOKEN_TO_BE_REPLACED