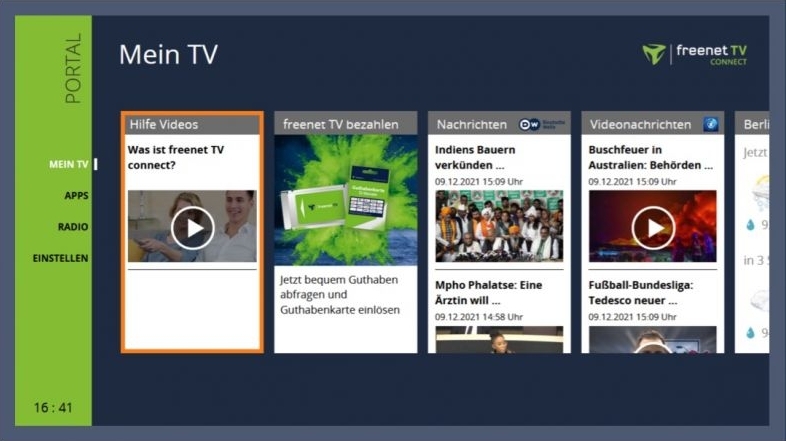 Dotscreen was the original designer and developer of the HbbTV front-end and associated backend of the Freenet TV portal in 2016. Since then, the company has continuously maintained and enhanced the HbbTV solution. Today, Dotscreen and Media Broadcast jointly decided to extend the relationship by another two years.

The Freenet portal is accessible by all users of the IP-based hybrid Freenet TV Connect service and offers an opportunity to consult and use features such as HbbTV applications from major German broadcasters such as ARD, ZDF, RTL, Sat.1, ProSieben, Kabel eins, NDR and SWR as well as radio stations, text and video-based news and articles, and weather forecasts.

“We are proud that Media Broadcast has renewed their trust in us for our agile approach to project management and leading HbbTV expertise. HbbTV-based solutions are proving their value add for operators in more and more markets, and the Freenet feature set now shows how far we can go with HbbTV in offering the services viewers care about,” said Dotscreen’s co-founder Stanislas Leridon.

Dotscreen has been an HbbTV application developer since the technology’s inception. The company has created HbbTV-based front ends for operators such as Fransat in France and Freesat in the UK. Other European HbbTV customers of Dotscreen include ARTE and France24 in Europe, Mediaset in Spain, SVT in Sweden and ERT in Greece.

Wi-Fi 6 and Wi-Fi 6E client devices are entering the home in an unprecedented way, surpassing 50% market share since their introduction in 2019 (compared to four years for Wi-Fi 5). … END_OF_DOCUMENT_TOKEN_TO_BE_REPLACED