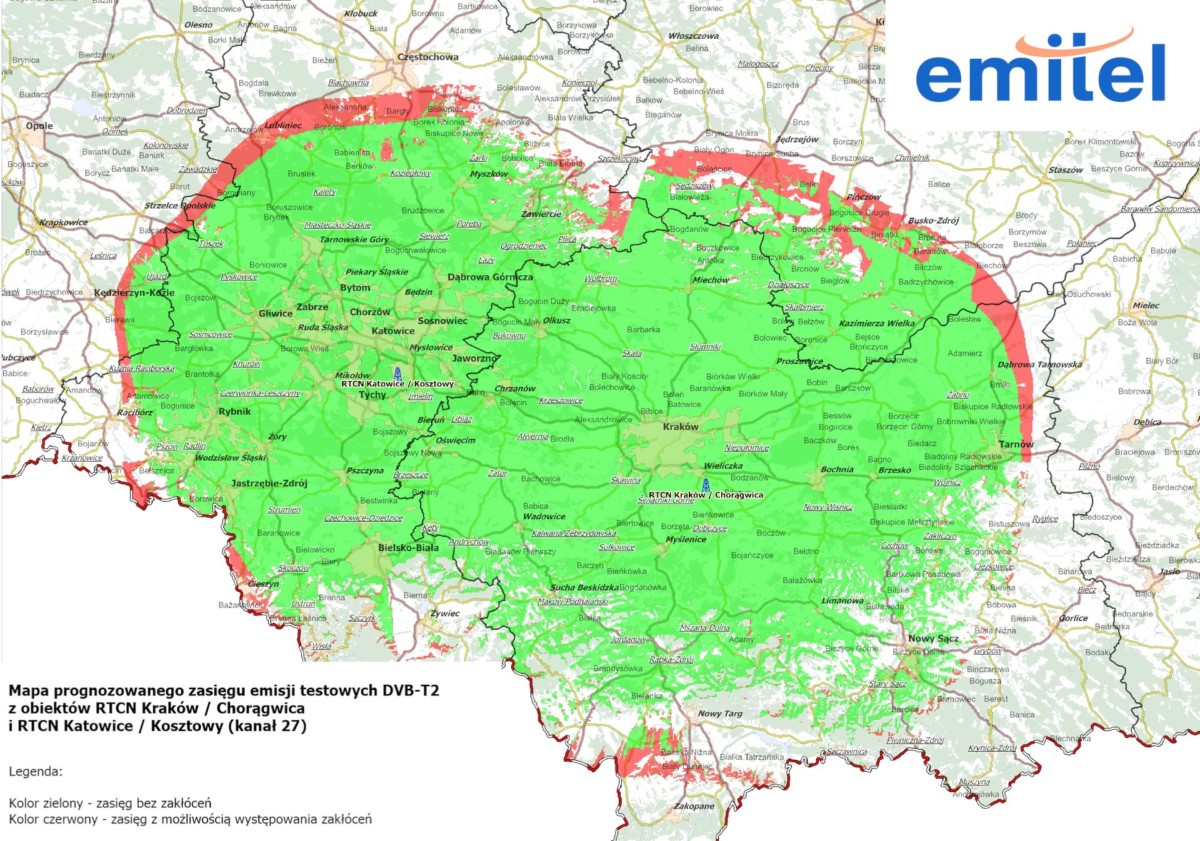 Poland has completed the first of its four-stage transition to the DVB-T2 standard.

According to the national transmission company Emitel, it took place in the Lower Silesia and Lubuski voivodships and affected the multiplexes MUX1, MUX2 and MUX4. However, it did not cover MUX3, which distributes channels from the public broadcaster TVP and following a decision by the Office of Electronic Communications (UKE) announced last week will be allowed to use the DVB-T standard until the end of 2023.

The decision by the UKE has been strongly criticised by the commercial sector. In a statement, the Terrestrial Television Broadcasting Section (SNTN) of the Polish Chamber of Commerce for Electronics and Telecommunications (KIGEiT), whose members include the country’s leading commercial broadcasters, said it was “a surprise, both in terms of its nature and the procedure”.

It added: “The process of preparing for the transition to the DVB-T2 / HEVC standard has been going on for a long time. For several months, a social campaign has also been carried out to inform viewers about the technical requirements and actions necessary to be taken by them to maintain access to the current TV channels.

KIGEiT added that it “believes that introducing such significant changes without prior notice and without consultation with broadcasters results, above all, in uncertainty among viewers, and also adversely affects the stability of the TV market in Poland. There is no need, in our opinion, to make changes, in such an emergency, in this long-planned process.

“Moreover, the negative effects of this situation will be felt with varying intensity by all viewers and broadcasters operating in multiplexes covered by the refarming process. For these reasons, the Chamber calls for a postponement of the date of starting refarming. The nearest time should be spent on working out the optimal solution for carrying out this process from the perspective of viewers’ access to all digital terrestrial television programmes”.

KIGEiT concluded by asking the president of UKE to “start immediately dialogue with all market participants”.

Broadband TV News notes that SNTN was set up in 2020 and one of its founding members was in fact TVP, the others being Cyfrowy Polsat, Kino Polska TV, TVN and Telewizja Puls.

Poland expects to complete the transition to DVB-T2 at the end of June.

Wi-Fi 6 and Wi-Fi 6E client devices are entering the home in an unprecedented way, surpassing 50% market share since their introduction in 2019 (compared to four years for Wi-Fi 5). … END_OF_DOCUMENT_TOKEN_TO_BE_REPLACED