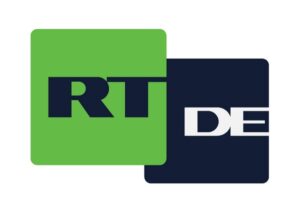 RT DE has announced to appeal against the ban of its channel in Germany by Berlin-based media authority MABB which argues that RT DE does not hold a valid licence.

The decision by MABB is immediately enforceable, a spokesperson of the media regulator told Broadband TV News. However, the broadcaster is taking action against the decision and can apply for interim legal protection in a fast-track procedure, according to the spokesperson.

“MABB can then declare that it will temporarily suspend enforcement until a certain date, or the court will issue a so-called suspension order,” said the spokesperson. “RT DE can continue broadcasting until the proceedings are concluded.”

In reaction to RT DE’s ban in Germany, Russia has banned German foreign service Deutsche Welle (DW) from broadcasting in the country and ordered that DW’s news bureau in Moscow must be closed. The channel’s journalists will have their press accreditations revoked.

The European Broadcasting Union (EBU) has criticised the move as being against both the spirit and practice of fundamental media freedoms. “It is essential that DW is able to report on events in Russia, without hindrance. Freedom of expression and freedom of the press are central to accurate news reporting and to the commitment of public service broadcasters to serve the interests of all audiences everywhere. These are crucial at the best of times. During times of crisis, they are non-negotiable,” said Liz Corbin, EBU Head of News.

“Restricting the freedom to report on global events of international significance simply undermines trust in news and creates vacuums in which disinformation and misinformation can flourish. Additionally, the threat by the Russian government to label DW under its foreign agent law would be wholly unjustified. Over the past few years this law has been used to cripple independent journalists and their organisations and is incompatible with the principles of a free press,” added Corbin. “We strongly urge that this decision is reversed with immediate effect.”

Wi-Fi 6 and Wi-Fi 6E client devices are entering the home in an unprecedented way, surpassing 50% market share since their introduction in 2019 (compared to four years for Wi-Fi 5). … END_OF_DOCUMENT_TOKEN_TO_BE_REPLACED