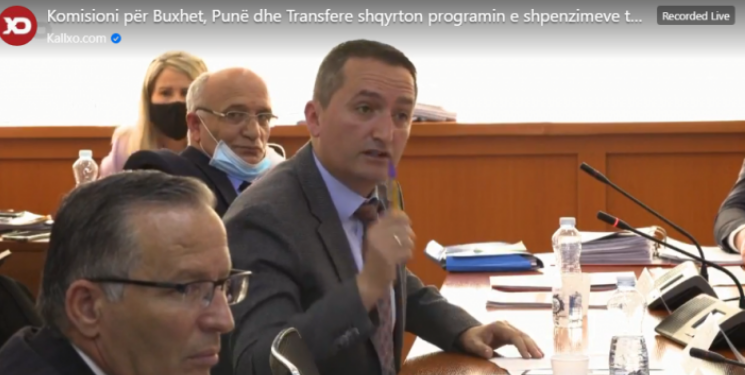 The DG of the Kosovan public broadcaster (RTK) Ngadhnjim Kastrati has been dismissed by its board.

The decision, with nine in favour and none against, was according to the board based on numerous violations of the Law on RTK and other bylaws committed in RTK during Kastrati’s term in office.

The RTK board found a negligence of the DG towards irregularities, abuses, inaction, nepotism, degradation, continuous biased and non-objective reporting of the public broadcaster.
Kastrati is alleged to have based the operation of the main units of RTK on employees with service contracts and throughout his term has failed to open vacancies to recruit workers needed for the proper functioning of RTK. In the absence of competitions, persons were hired who did not undergo recruitment evaluations. Service contracts have been extended without an evaluation of the performance of the employees.

Kastrati is also alleged to have failed to present a development strategy, which was a “significant problem”.

In a Facebook post, Kastrati responded to his dismissal by saying that since he was elected in April 2019 he had managed to pay off over €4 million of RTK’s debts.
“Ever since the arrival of the new Kurti government board members, I have faced blackmailers and their pressure to remove hundreds of workers from their jobs, in exchange for continuing my work in this position until the end of my term in April 2022.

“But I have clearly told the political members of this board that I do not remove any person from the job. The reason is simple: They have been working for many years and are needed, while with those salaries they support their families, which is very difficult in this serious economic situation.

“A few days ago, this board, despite being sick and in isolation (Kastrati was at home recovering from Covid), asked me to send them the budget projection which included the jobs and I sent them all the details and had no notice.

“I have sent all budget and programmable projections without removing any workers from work, although the current government for this year has reduced the RTK budget by more than €2 million”.

Wi-Fi 6 and Wi-Fi 6E client devices are entering the home in an unprecedented way, surpassing 50% market share since their introduction in 2019 (compared to four years for Wi-Fi 5). … END_OF_DOCUMENT_TOKEN_TO_BE_REPLACED