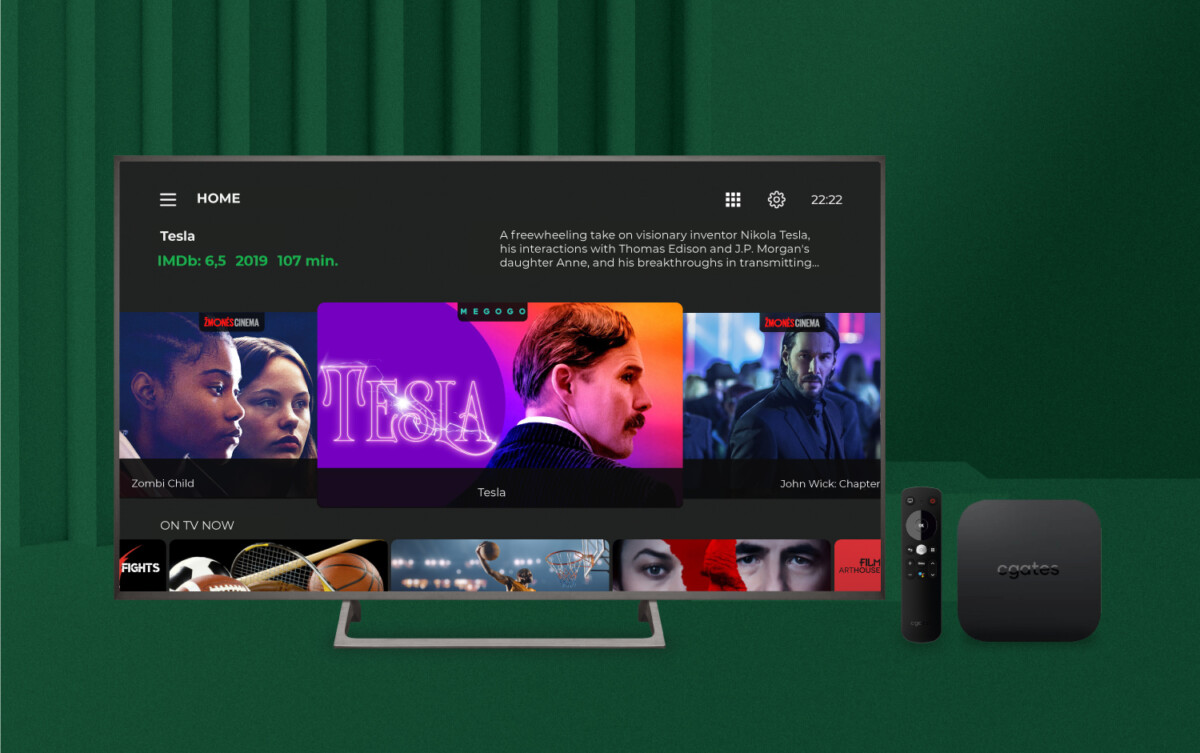 Live and time-shifted viewing on set-top boxes and OTT are part of the video network solutions being supported by Synamedia in a new deployment on Cgates.

The Lithuanian operator has gone live with Synamedia virtualised DCM to support the encoding of its 200 cable channels, in HD and 4K. Cgates chose Synamedia’s virtualised DCM because it maximises picture quality while minimising hardware requirements through Synamedia’s VIVID Compression. Bandwidth and latency are optimised with content-aware encoding.

Cgates has also deployed Synamedia’s Adaptive Bit Rate (ABR) headend, including packaging and storage for VOD and catch-up, as well as Synamedia’s private CDN supporting both HLS and MPEG-DASH. By using Synamedia’s video network technologies for its entire delivery ecosystem, Cgates will give subscribers a consistent viewing experience across its TV mobile app and its pay-TV service including its new Android set-top boxes.

An important factor in Cgates’ decisions was the cloud-native architecture of both the virtualised DCM and the ABR headend that gives it the flexibility to deploy on-premise then move to hybrid or cloud models as required. Both also share the same easy-to-use interface that simplifies configuration and uses Synamedia Video Services Manager (VSM) to provision and manage cloud resources.

Cgates is now working with Synamedia on future enhancements including low latency for live sports streaming, and disaster recovery.

“As a technology partner Synamedia went above and beyond our expectations. For example, we wanted a special feature for when time-shifted content is presented to the player. None of the vendors we were talking to had this feature. We were blown away when Synamedia’s engineering team developed the feature for us in less than a week,” said Marius Dabrisius, CTO at Cgates.

Julien Signès, Senior Vice President and General Manager, Video Network at Synamedia, added, “We get a lot of attention for our big-name customer wins, but our powerful yet cost-effective solutions are also well suited to smaller and medium-sized video service providers. By deploying our video network solutions across its entire data plane, Cgates is optimising the delivery of quality video today and is primed for the next stage of its growth.”

Synamedia worked with its regional partner Scansatec for the Cgates’ deployment. Based in Finland, Scansatec specialises in pre-sales, integration and support for video solutions across the Baltics and Nordics.

Wi-Fi 6 and Wi-Fi 6E client devices are entering the home in an unprecedented way, surpassing 50% market share since their introduction in 2019 (compared to four years for Wi-Fi 5). … END_OF_DOCUMENT_TOKEN_TO_BE_REPLACED