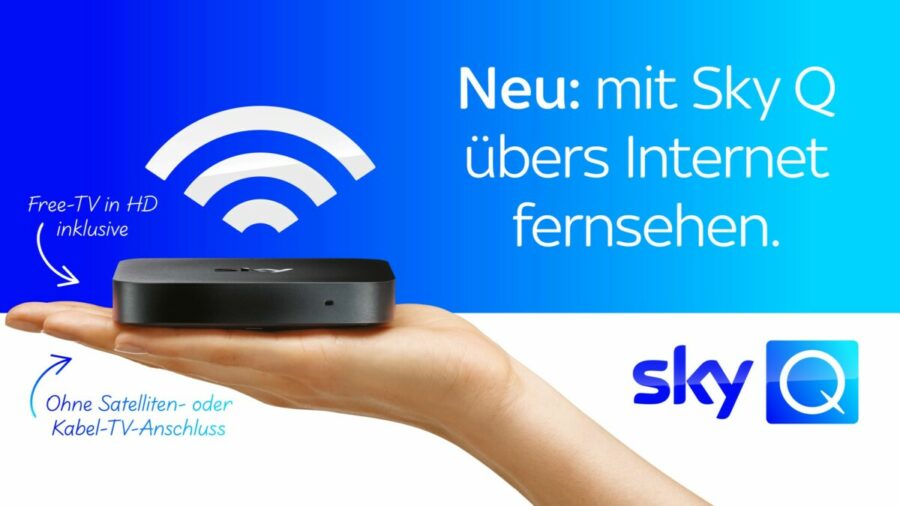 Sky households in Germany will no longer need a cable TV subscription or DTH satellite reception to use Sky Q from August 3, 2021.

With the Sky Q IP box, the pay-TV operator has launched a new receiver brining TV channels, streaming services and apps to the TV screen via the open internet.

The TV line-up comprises more than 80 channels: They include all Sky channels as well as more than 50 free-TV services, among them all major channels such as ARD, ZDF, the channels from RTL and ProSiebenSat.1 as well as thematic channels like Eurosport, DMAX and Sport1, the majority in HD quality, as Max Ehrhardt, Director Proposition & Product at Sky Deutschland, announced at an online press conference.

The subscription starts at €12.50 per month and includes basic package Sky Entertainment. The contract initially runs for one year and can then be cancelled monthly. There is also the option for another one-year subscription. Further pay-TV packages and options can be added for a fee.

With the IP version of Sky Q, the pay-TV broadcaster wants to address new target groups, Ehrhardt explained. The subscription price is identical to the use of Sky Q via cable or satellite. According to Ehrhardt, existing Sky Q customers can switch to the IP version during their contract period.

The box is connected via Wi-Fi or via an Ethernet cable to the household’s internet router. The minimum bandwidth of the internet connection for using Sky Q over IP is 6Mbps.

However, customers of the Sky Q over IP box lack two features that are only offered via cable and satellite: UHD and the recording function. Technically, the box is suitable for UHD, said Ehrhardt, adding that this capability is not ruled out for the future. The absence of a recording function is justified by the fact that the customers targeted by Sky Q over IP are primarily using catch-up services to watch TV programmes at a time of their choice.

Wi-Fi 6 and Wi-Fi 6E client devices are entering the home in an unprecedented way, surpassing 50% market share since their introduction in 2019 (compared to four years for Wi-Fi 5). … END_OF_DOCUMENT_TOKEN_TO_BE_REPLACED