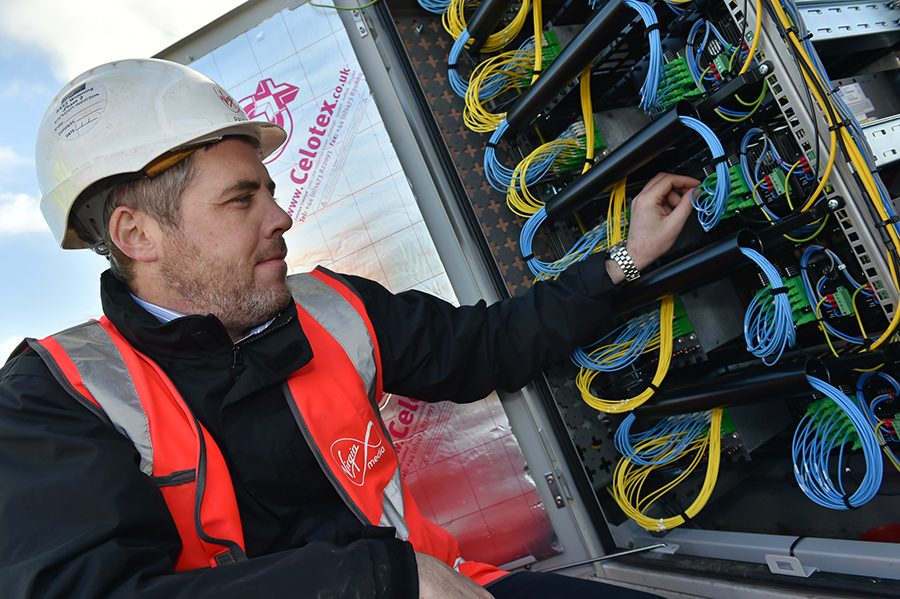 Virgin Media O2 says it intends to deploy full fibre across its network by 2028 and not upgrade to the full DOCSIS 4 technology.

The newly merged operator plans to upgrade its fixed network to full fibre to 15.5 million premises, building on its leadership position as the UK’s largest gigabit broadband provider.

The technology can deliver symmetrical 10Gbps download and upload speeds, and beyond, with the upgrade plan covering 14.3 million cable premises, after taking into account the operator’s existing 1.2 million FTTP homes.

The decision has been backed by Virgin Media O2’s shareholders, Liberty Global and Telefónica, has been taken following recent deployment trials. It has also been attracted by the potential opportunity of entering the fixed wholesale market.

Lutz Schüler, CEO of Virgin Media O2, said: “This major new fibre upgrade programme will see us begin the next evolution of our network, building on the investment, firepower and leadership we already have and ensuring we’re fibre fit for the future.”

By the end of this year, Virgin Media O2 will deliver speeds of 1.1Gbps across its entire network, meeting the Government’s stated broadband targets four years ahead of schedule.

Its now planned to run installs on an ‘on demand basis’, saving on the £60 per premise cost of a full DOCSIS 4 upgrade. The plan also eliminates the need to invest in future versions of DOCSIS as the demand for faster speeds and capacity continue to rise.

The company added 36,000 broadband subscribers in Q2, increased its fixed-line customer base to 5.7 million.

Wi-Fi 6 and Wi-Fi 6E client devices are entering the home in an unprecedented way, surpassing 50% market share since their introduction in 2019 (compared to four years for Wi-Fi 5). … END_OF_DOCUMENT_TOKEN_TO_BE_REPLACED