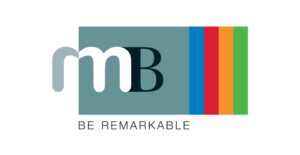 The targeted advertising solution was implemented for the first time on the live-streams on RTBF’s desktop and mobile apps (iOS/Android) during the ad breaks of the broadcaster’s coverage of the European football championship. The personalised ads were displayed to more than 100,000 viewers in real-time.

Live sports streaming is seeing an exceptional rise in viewership on desktop and mobile devices. With the migration of audiences to digital platforms, the opportunity for targeted and addressable dynamic ad insertion has caught the attention of marketers around the world. In this context, Smart AdServer has developed a comprehensive system for broadcasters, operators, and brands to take advantage of this opportunity at scale.

During the month-long Euro 2020 tournament, RMB has been able to seamlessly personalise each viewer’s stream during live game broadcasts on the AUVIO platform. AUVIO is the live video streaming and video on demand platform of the RTBF that makes use of Smart’s proprietary live ad decisioning solution.

“Euro 2020 was the ideal occasion to raise our partnership with Smart to the next level. With the co-development of tailored solutions on live-streams, we are able to bring together the brand, the media context and the audience at a moment of high engagement,” said Valérie Janssens, Development Director at RMB.

Smart handled requests for over 12 million ads over the course of the tournament, and scaled programmatic delivery to more than 100,000 concurrent viewers per match, far surpassing the initial goal.

“Because of the unscheduled break patterns and the complexities of serving to a surge of viewers who tune in for an event stream on any given day – live sports have remained one of the most difficult formats for programmatic DAI (dynamic ad insertion),” added Gerald Sauvageon, VP Sales Video & Addressable TV at Smart. “We are particularly proud to support RMB’s, RTBF’s and AUVIO’s teams in delivering this project of addressable television and video campaigns.”

Wi-Fi 6 and Wi-Fi 6E client devices are entering the home in an unprecedented way, surpassing 50% market share since their introduction in 2019 (compared to four years for Wi-Fi 5). … END_OF_DOCUMENT_TOKEN_TO_BE_REPLACED