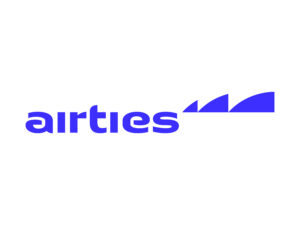 “Edgar Figueroa, President and CEO of Wi-Fi Alliance said, “Wi-Fi Alliance is fortunate to have members like Airties who are helping to drive the development of Wi-Fi CERTIFIED EasyMesh and enable service providers to deliver smart, efficient Wi-Fi through customers’ and outdoor spaces.

“We are actively working with several leading service providers around the globe to incorporate Wi-Fi EasyMesh into their current and future home Wi-Fi plans,” said Metin Taskin, CTO of Airties.

Airties software was behind the world’s first service provider deployment of Wi-Fi EasyMesh with Telstra in Australia.

Subsequently, Airties has created versatile new solutions that combine the benefits of standards-based Wi-Fi EasyMesh architecture, with the added functionality and control from its Airties Edge software and Airties Cloud.

Wi-Fi 6 and Wi-Fi 6E client devices are entering the home in an unprecedented way, surpassing 50% market share since their introduction in 2019 (compared to four years for Wi-Fi 5). … END_OF_DOCUMENT_TOKEN_TO_BE_REPLACED