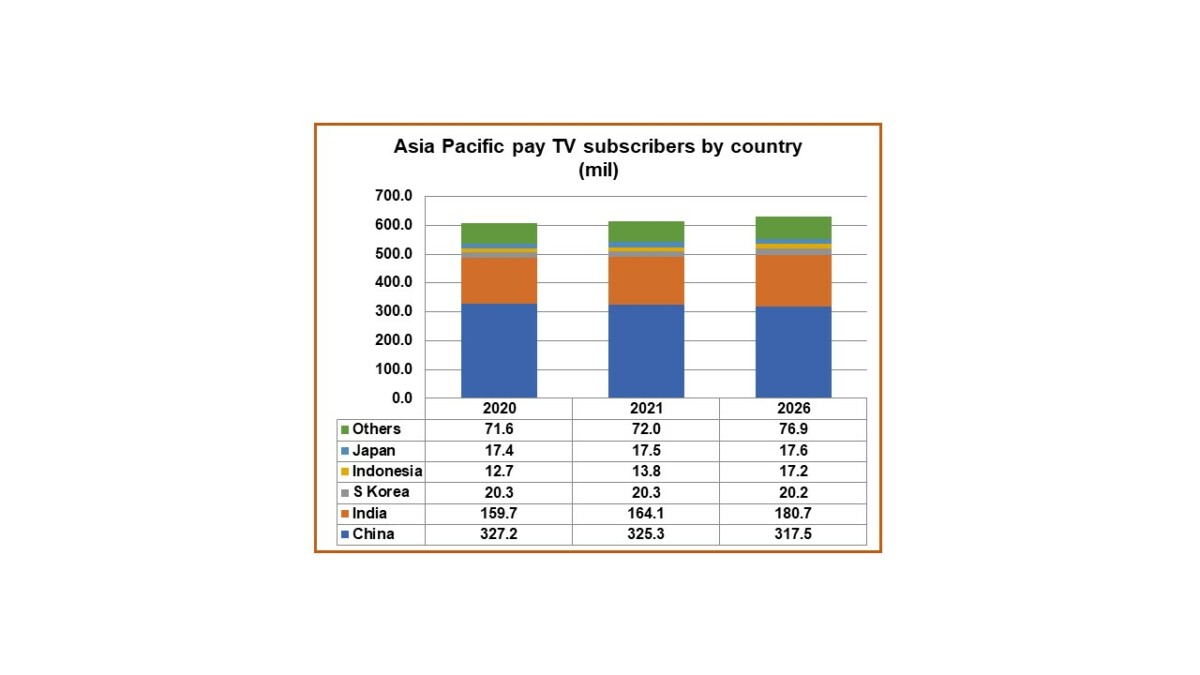 The number of pay-TV subscribers in the Asia-Pacific region is set to rise from 609 million at the end of last year to 630 million by 2026.

According to the latest report by Digital TV Research, India will add 21 million and China and India together will have nearly 500 million subscribers. Meanwhile, the number of TV households will grow by 54 million to 979 million.

Commenting on the findings of the report, Simon Murray, principal analyst at Digital TV Research, said: “Six countries will lose pay-TV subscribers between 2020 and 2026. Most will be developed countries, but China is also included. China will fall by 10 million subscribers. This is cord-cutting but represents only a 3% decline to 318 million”.

Wi-Fi 6 and Wi-Fi 6E client devices are entering the home in an unprecedented way, surpassing 50% market share since their introduction in 2019 (compared to four years for Wi-Fi 5). … END_OF_DOCUMENT_TOKEN_TO_BE_REPLACED