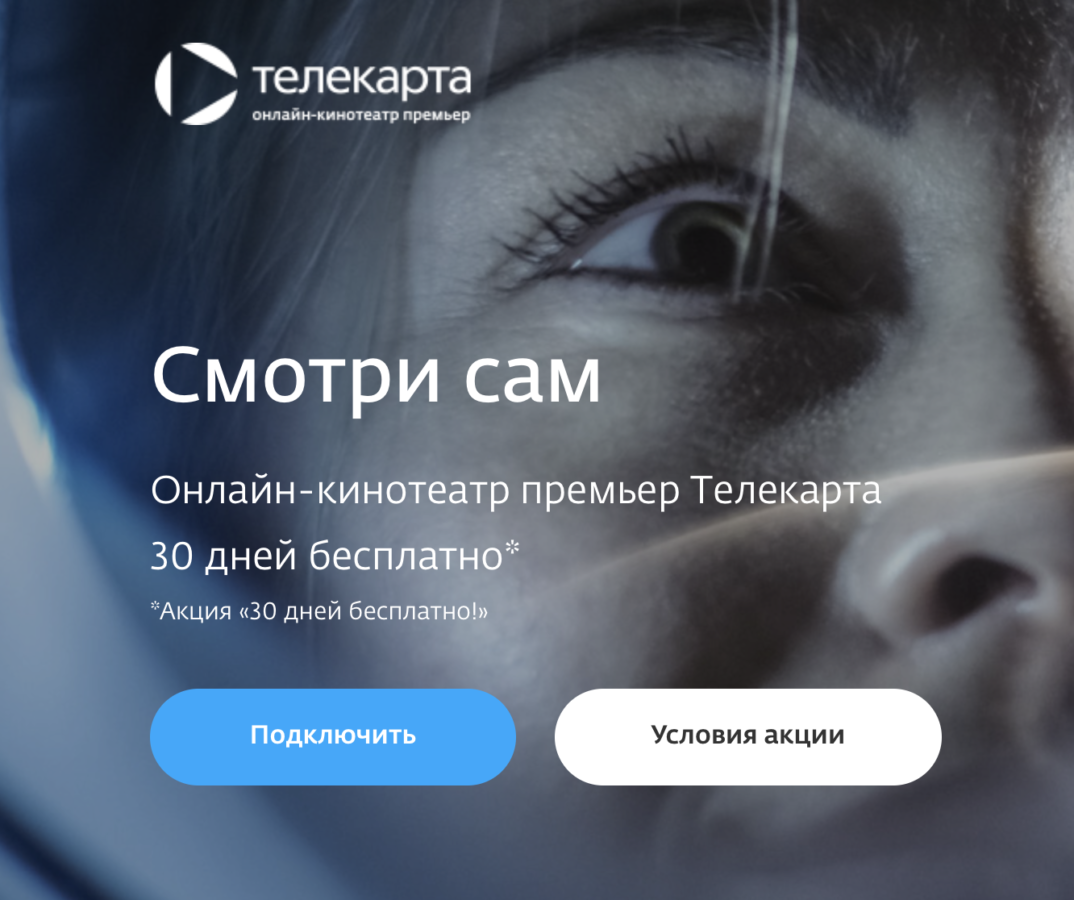 Offering movies and TV premieres from streamed TV channels and online cinemas, it consists of around 120 channels and 12,000 titles and is available on Android mobile devices, set-top boxes and TVs, as well as Apple TV. The service is aimed at viewers aged 25+ with an active lifestyle and average to above average income. Orion notes that the service demonstrates a new approach to packaging: both the content of TV channels and film collections are available to the user in a single subscription costing R299 (€3.29) a month.

Commenting on the service, with has been produced with the company Platforma24, development director at Orion, said: Telekarta Premiere Cinema is in essence a full-fledged replacement of several TV services, including pay-TV, online cinema and torrents. The choice from a huge, constantly growing collection of Russian and foreign content, a wide variety of streaming TV channels, including regional TV channels “native” to viewers, will allow not only to form their own TV in in accordance with the needs and interests, but also to save significantly. Bundles from streaming TV channels and content libraries will cost viewers 40-70% less than a few separate subscriptions. The next step will be to replenish the library of the Premiere Cinema with high-quality niche content, which will allow us to involve more and more new users in the project”.

Wi-Fi 6 and Wi-Fi 6E client devices are entering the home in an unprecedented way, surpassing 50% market share since their introduction in 2019 (compared to four years for Wi-Fi 5). … END_OF_DOCUMENT_TOKEN_TO_BE_REPLACED