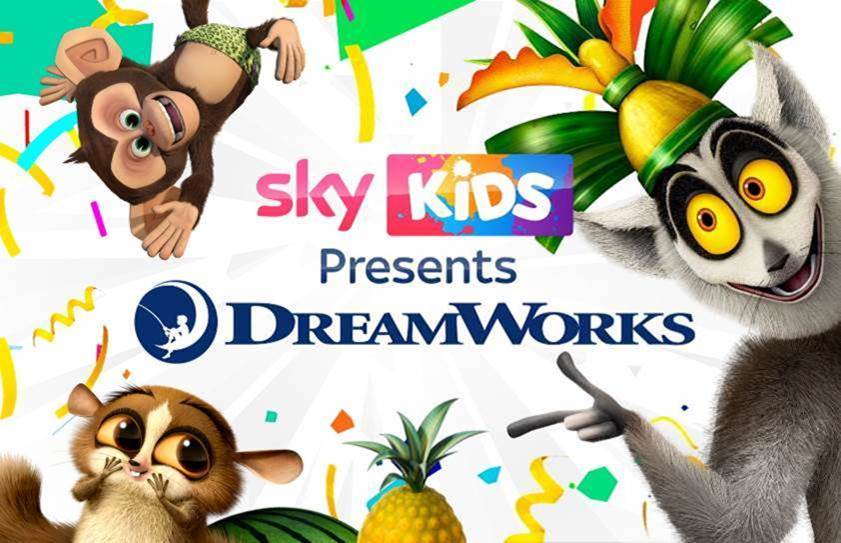 Spin-off series from hit film franchises such as How to Train Your Dragon, Trolls and Madagascar will be seen on Sky following a new partnership between Sky and NBCUniversal Global.

The agreement will bring many hundreds of hours of animated series from the DreamWorks Animation portfolio.

Sky and NOW TV customers in the UK and Ireland will enjoy exclusive access to the premieres of Madagascar: A Little Wild, TrollsTopia and Dragons Rescue Riders: Heroes of the Sky. Customers can also look forward to the return of a number of hilarious and bold characters in All Hail King Julien, Home Adventures with Tip & Oh and Dawn of the Croods.

The characters will be seen across the weekend on Sky One and on demand via the Sky Kids Pack and through the Sky Kids App, and on NOW TV Kids Pass from late October.

Stephen van Rooyen, EVP & CEO UK & Europe Sky said: “Our new partnership with NBCUniversal brings an impressive range of family favourites from DreamWorks Animation to Sky and NOW TV customers. “Families are spending more time at home than ever before – as kids and adults alike love Dreamworks characters, hopefully this will help them enjoy more moments together.”

Belinda Menendez, President & CRO, Global Distribution and International, NBCUniversal added: “We are delighted to expand upon our long-standing relationship with Sky and NOW TV through this new deal that brings a vibrant, compelling slate of animated TV series to bolster the Sky Kids platforms. DreamWorks Animation has an outstanding pedigree in the realm of kids content and we look forward to partnering with Sky to bring these beloved characters and stories to homes across the UK and Ireland for families to enjoy.”

Sky already has over 5,000 episodes of on demand content from partners Viacom and Turner, and a host of impressive Sky Kids Originals such as Moominvalley and Morph.

Wi-Fi 6 and Wi-Fi 6E client devices are entering the home in an unprecedented way, surpassing 50% market share since their introduction in 2019 (compared to four years for Wi-Fi 5). … END_OF_DOCUMENT_TOKEN_TO_BE_REPLACED