Asia Pacific will have 467 million SVOD subscriptions by 2025, up from 267 million in 2019, according to Simon Murray’s Digital TV Research. 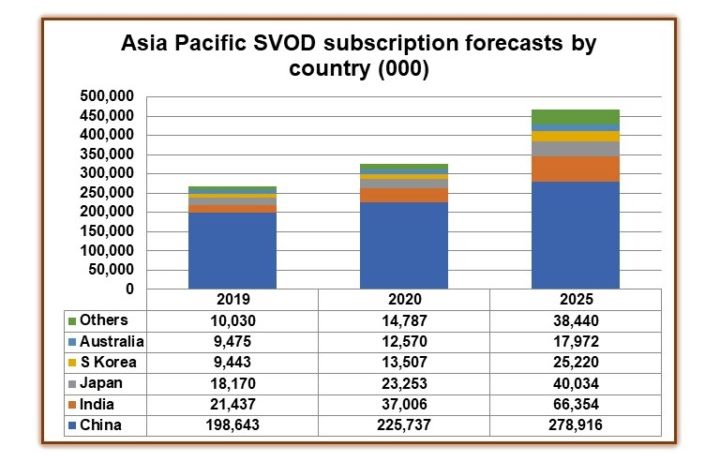 Simon Murray, Principal Analyst at Digital TV Research, said: “Although China dominates the region, there will be plenty of growth elsewhere. Netflix will have 44.4 million subscribers by 2025; closely followed by Disney+ [including Hotstar] with 43.6 million.”

Wi-Fi 6 and Wi-Fi 6E client devices are entering the home in an unprecedented way, surpassing 50% market share since their introduction in 2019 (compared to four years for Wi-Fi 5). … END_OF_DOCUMENT_TOKEN_TO_BE_REPLACED