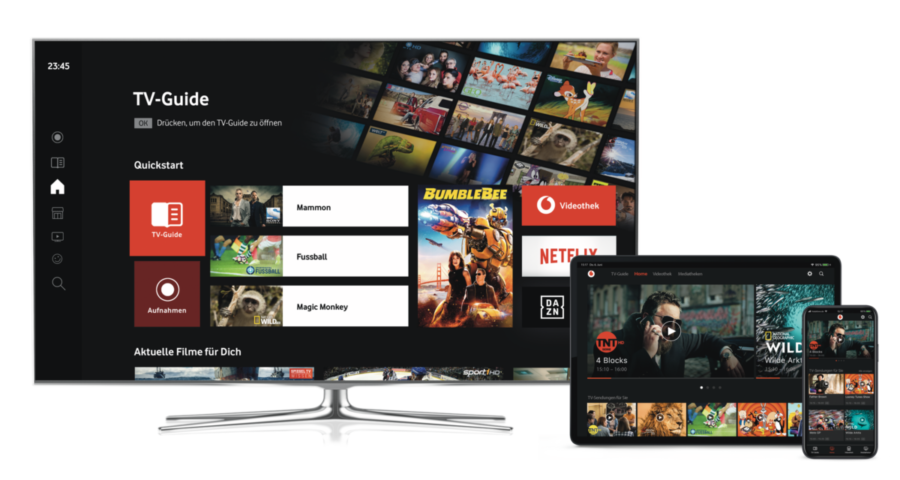 The service is available for cable TV customers on the GigaTV 4K box and on the streaming box GigaTV Net. Vodafone is the first German telecommunications provider to integrate DAZN on its TV platform.

Viewers who have already registered for DAZN can log in with their existing access details; new customers register directly in the DAZN app.

“Research shows us that pay TV customers in Germany prefer to watch the majority of their video entertainment via their pay-TV set-top box. We appreciate that by asking them to switch to a secondary device to watch Bundesliga, Champions League or NFL has been placing an unnecessary obstacle between them and the sports they love,” said Ben King, chief subscription officer at DAZN Group.

“In Vodafone, we have found a partner who shares our vision for providing instant and frictionless access to the best live sport. We are delighted to announce the launch of DAZN on GigaTV today. This is the first of many consumer-centric collaborations being discussed between the two companies across Europe,” added King.

Rolf Wierig, global head of entertainment & video at Vodafone Deutschland, said: “On our entertainment platform GigaTV we bundle TV, video and catch-up TV content and bring together the best of the services offered by our partners in the best way possible for our customers. With DAZN, we are now expanding GigaTV to include a popular live sport streaming service. It’s something our customers asked for, and makes our entertainment offering on GigaTV even more attractive.”

DAZN shows live sports in HD quality for €11.99 per month, including German Bundesliga, UEFA Champions League, Spanish La Liga and US sports from the NBA, NFL and MLB.

Wi-Fi 6 and Wi-Fi 6E client devices are entering the home in an unprecedented way, surpassing 50% market share since their introduction in 2019 (compared to four years for Wi-Fi 5). … END_OF_DOCUMENT_TOKEN_TO_BE_REPLACED