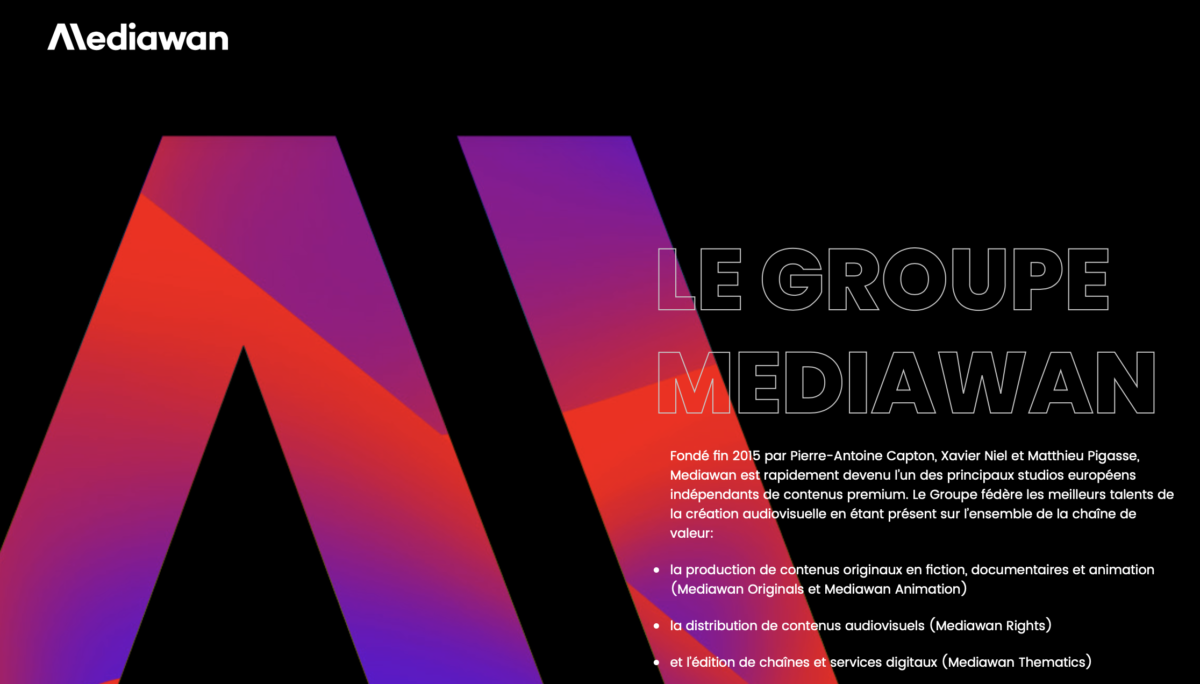 In a statement, Mediawan says that its founders Pierre-Antoine Capton, Xavier Niel and Matthieu Pigasse, supported by other financing partners including MACSF and KKR, will control Mediawan Alliance. A French company, Mediawan Alliance will launch a tender offer on all Mediawan securities not held by Mediawan Founders and MACSF, at a price of €12.00 per share and 0.65 per warrant. The success of the tender offer would provide them control over Mediawan and would anchor its French shareholding.

Mediawan Alliance would also hold a minority stake in Leonine, a leading German independent company in content production, distribution and licensing, which would be contributed by KKR. Mediawan Alliance has also entered into exclusive negotiations for the acquisition of production group Troisième Oeil’s audiovisual activities held by Pierre-Antoine Capton after submission of a binding offer.

Mediawan notes that Mediawan Alliance, headquartered in Paris, will allow for many coproduction projects between two leading independent production and distribution groups in France and Germany. It will be led by Pierre-Antoine Capton (chairman of the board of Mediawan) as CEO (président), and Fred Kogel (Leonine CEO) as Deputy CEO (directeur général).

Mediawan also notes that it has submitted a binding offer and entered into exclusive negotiations to buy Lagardère Studios. It has also acquired a majority stake in Good Mood, an independent audiovisual content producer based in Spain.

According to Pierre-Antoine Capton, “We created Mediawan four years ago with the intention to create a European audiovisual champion to respond to the demand for premium content, and these new operations are unprecedented steps to continue our growth in new European geographies, new formats and with new partners. The combination with key players like Lagardère Studios and Groupe Troisième Oeil and the cooperation projects with Leonine confirm Mediawan’s strategy. I am particularly proud to lead this Group and be able to count on the talent of Fred Kogel and his teams”.

Wi-Fi 6 and Wi-Fi 6E client devices are entering the home in an unprecedented way, surpassing 50% market share since their introduction in 2019 (compared to four years for Wi-Fi 5). … END_OF_DOCUMENT_TOKEN_TO_BE_REPLACED