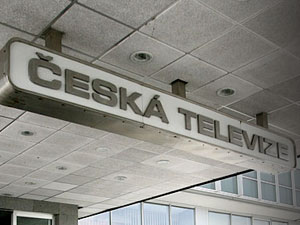 Over 80% of Czechs are in favour of the country’s public broadcasting to continue being funded by receiver licence fees.

Quoting the findings of research undertaken by the Median and STEM/MARK agencies, Ceska Televize (CT) adds that the current level of fees is considered appropriate or too low by 84% of people in the case of Czech Radio (CRo) and 81% in the case of CT.

Commenting on the findings, Petr Dvorak, CEO of CT, said: “Various proposals for radical changes in the financing of Czech Television and Czech Radio are appearing in the public sphere. At such a moment, we consider it necessary and responsible to discuss what public service media the public wants and needs and what factual consequences such changes in funding would have for them.

“For example, the SPD parliamentary proposal, which to my dismay the government recently discussed with a neutral position, would mean the liquidation of CT, the cancellation of stations and the almost complete cessation of programme production. CT, which would lose CZK2.1 billion every year after the approval of this proposal, would not even be able to fulfill all its legal obligations. For the public, its significance would be marginal. And the Czech Republic would lose its two most trusted media”.

René Zavoral, CEO of CRo, added: “Assuming the adoption of an amendment to the law from the SPD workshop, CRo would lose up to 60%of its budget, ie CZK1.2 billion. This would mean a drastic reduction in its services, the closure of stations and the mass layoffs of quality creators and journalists. It would be the end of the public service we provide to our listeners 24 hours a day on our nationwide circuits and regional or special stations. The current independent survey proves that the Czech public appreciates the services of CRo and CT, values their independence and is aware of their own role and responsibility, which lies in their financing”.

Both broadcasters have long pointed out that it is necessary to discuss the financing of public service media so that their existence is not endangered in the future. The amount of the concession fee was last adjusted in 2008 for CT and in 2005 for CRo.

Wi-Fi 6 and Wi-Fi 6E client devices are entering the home in an unprecedented way, surpassing 50% market share since their introduction in 2019 (compared to four years for Wi-Fi 5). … END_OF_DOCUMENT_TOKEN_TO_BE_REPLACED