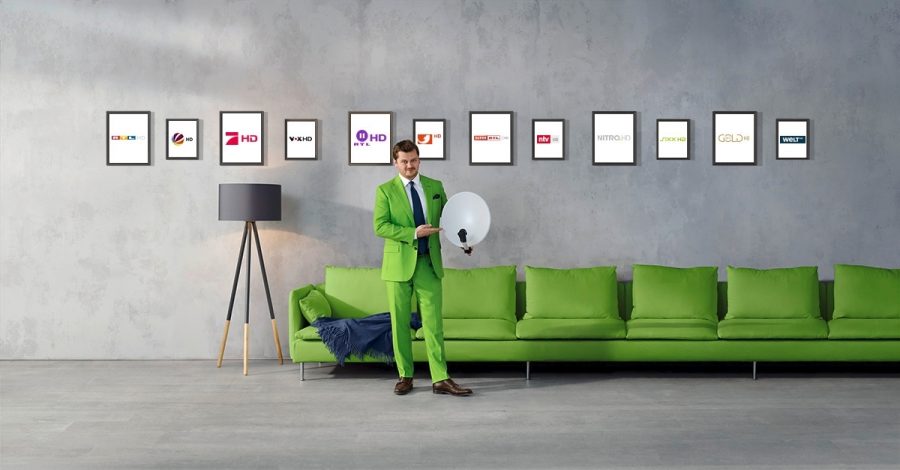 The subscription package carrying the HD versions of commercial free-TV channels will only be offered terrestrially via DVB-T2 from now on, a Media Broadcast spokesman confirmed to German industry publication InfoDigital.

The demand remained “considerably below our expectations,” the spokesman explained the reason for the decision to close Freenet TV Sat. “Media Broadcast focuses its Freenet TV offer entirely on the successful DVB-T2 service with over one million customers and on internet reception.”

Existing Freenet TV satellite customers will be able to receive the channels via Astra without restrictions until the end of 2020. After that they can continue to use Freenet TV via DVB-T2 or switch to internet TV sister service waipu.tv. According to the spokesman, a new feature is that there will be bundled offers for Freenet TV via DTT and the company’s internet-based services in future.

Exact figures are still not being given, but the Media Broadcast spokesman makes no secret that the subscriber development has been disappointing for the company: “This much can be said: Around two years after the launch, only a marginal proportion of Freenet TV customers are using the offer via satellite, while by far the largest proportion of customers are using Freenet TV exclusively via DTT – over a million”.

Following the closure M7 Group’s Diveo in November 2019, HD+ – a subsidiary of Astra satellite operator SES – remains the only provider to market the HD versions of the commercial free-TV channels to DTH households in Germany. The launch of competitors Diveo and Freenet TV Sat was linked to the hope that the difficult market would receive a boost. However, the vast majority of satellite viewers are apparently still not prepared to spend money on advertising-financed free-TV channels in HD quality, all the more as the channels can still be received free of charge via satellite in SD resolution.

The two major German commercial TV broadcasters RTL and ProSiebenSat.1 recently signed new long-term contracts with SES for the unencrypted SD distribution of their free-TV channels on Astra. It looks as if the broadcasters themselves no longer believe that they will be able to change viewers’ minds in the foreseeable future.

As it was the case with the closure of Diveo, HD+ is also launching a cashback campaign for Freenet TV satellite customers: To make use of the special offer, affected customers have to buy the CI+ module for HD+ including a 6-month subscription to the HD+ channel package for €79 in the HD+ web shop. They then send their Freenet CI+ module or Freenet set-top box to HD+ and receive a €39.50 refund. The ‘HD+ at half price’ offer runs until January 31, 2021.

Wi-Fi 6 and Wi-Fi 6E client devices are entering the home in an unprecedented way, surpassing 50% market share since their introduction in 2019 (compared to four years for Wi-Fi 5). … END_OF_DOCUMENT_TOKEN_TO_BE_REPLACED