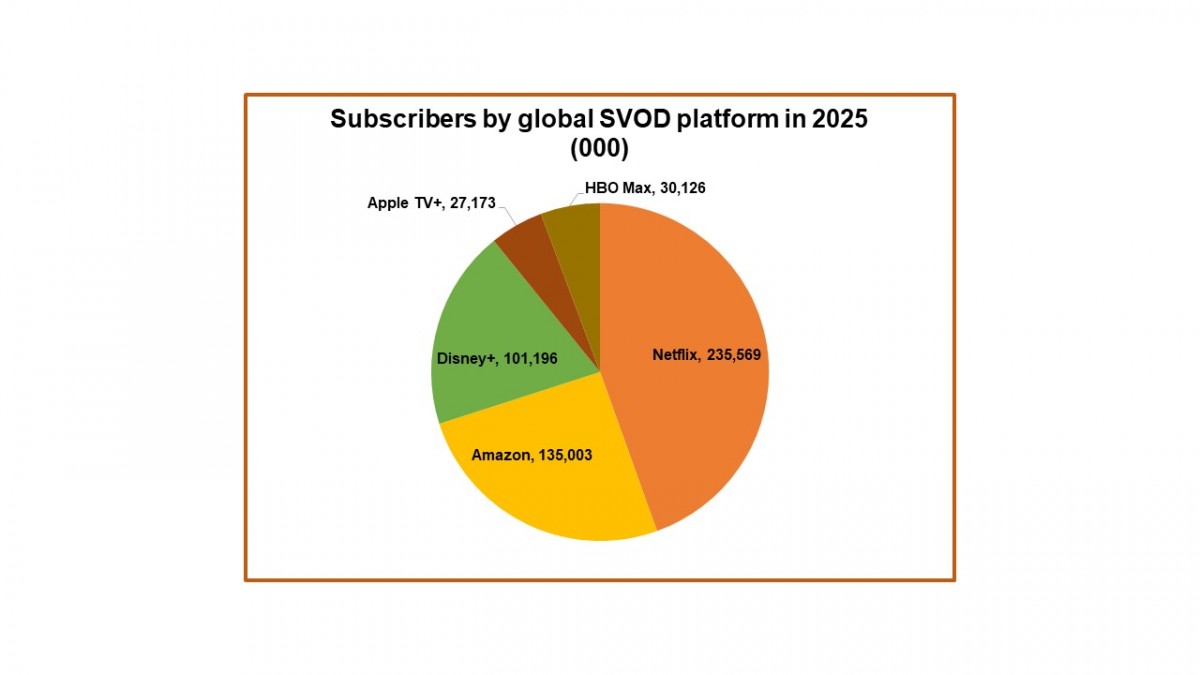 Five global platforms will have a total of 529 million SVOD subscribers by 2025.

According to Digital TV Research, they will add 257 million subscribers between 2019 and 2025, effectively doubling their total.

Digital TV Research adds that the SVOD sector will receive a further boost this month with the roll-outs of Disney+ and Apple TV+. A further lift will come when HBO Max starts in spring 2020.

Simon Murray, Principal Analyst at Digital TV Research, said: “Competition is intense, with several platforms “reclaiming” content from others and with price wars in place. Furthermore, there are several exclusive distribution deals.

“The US is by far the most important single country for these platforms, but it is also the most mature. International markets are becoming increasingly significant.

Wi-Fi 6 and Wi-Fi 6E client devices are entering the home in an unprecedented way, surpassing 50% market share since their introduction in 2019 (compared to four years for Wi-Fi 5). … END_OF_DOCUMENT_TOKEN_TO_BE_REPLACED