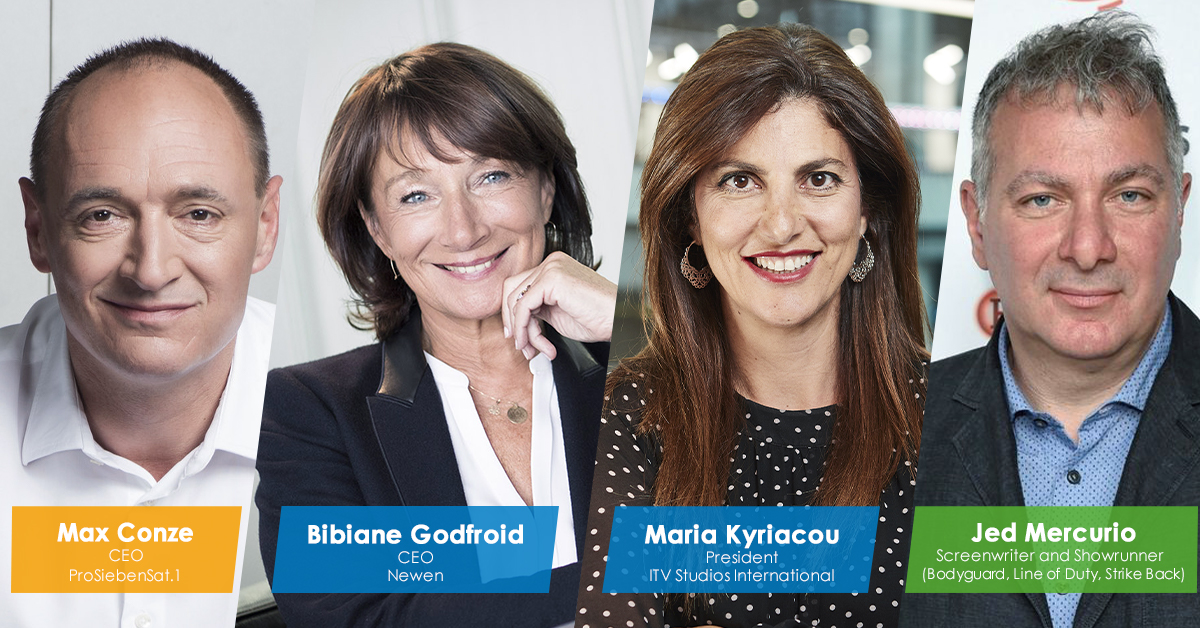 MIPCOM takes place in Cannes from 14-17 October 2019. Under the umbrella theme of The Streaming Offensive, the conference will bring sharp focus to the seismic changes in global distribution models, their impact on content production and licensing, and the global response to the direct-to-consumer challenge. The keynote speakers announced today bring a wealth of experience from across the spectrum of the industry from digital services and platforms to international acquisitions, world-class content and A-list talent.

Joyn is Germany’s largest freemium streaming platform offering live streams of 55 public and private free TV channels as well as several originals and exclusive series in one app. This winter, the premium version with an additional subscription model will follow. In a keynote speech on Monday 14 October, Max Conze, CEO of ProSiebenSat.1, will explain why this offer – a joint venture between ProSiebenSat.1 and Discovery – is unique in Germany, discuss the role of Joyn in ProSiebenSat.1’s digital strategy and share some insights of how local content remains key to win with audiences.

Newen, part of the TF1 Group, is France’s leading producer of audiovisual content, working in every genre on the full spectrum of channels and platforms. It has broadened its reach on the domestic and global markets with the acquisition of stakes in production outfits Tuvalu Media (Netherlands), Pupkin (Netherlands), Nimbus (Denmark), De Mensen (Belgium) and Reel One (Canada). Bibiane Godfroid, Newen’s CEO, will talk about the Group’s ambitions and greatest challenge in a keynote speech on Tuesday 15 October entitled “How to keep endlessly adapting in order to offer the best possible content on an ever-changing audiovisual landscape?”.

During a keynote titled The evolution of television – shaping culture around the world, on Wednesday 17 October, Maria Kyriacou will discuss the way that content can connect with audiences on a deeper level – from Love Island (the world’s most tweeted about reality show ever) which has defied the trend for young adult audiences moving away from linear television, to dramas like Noughts + Crosses, which offers a thought-provoking lens on racism and prejudice, and World on Fire, which tells the story of the ordinary families caught up in events which were not of their making during World War Two. In this session Maria will look at what it takes to move hearts and minds and why it matters.

Jed Mercurio, a four-time nominee as Best Drama Writer for both the Royal Television Society and Writers’ Guild of Great Britain, is one of the few British screenwriters to work as a showrunner. His most recent productions, the serial award-winners Bodyguard and Line of Duty, have broken audience records in the UK, with Line of Duty being nominated for 10 BAFTA Awards. Jed’s other credits include Lady Chatterley’s Lover, Critical, Strike Back, RTS Award-winning Bodies, The Grimleys and Cardiac Arrest.

In his keynote session, titled Talent Behind the Camera, Jed Mercurio will discuss writers’ and showrunners’ many responsibilities as they write and/or executive produce, supervise other writers, manage talent and maintain relationships with studios, channels and platforms. At the end of the session on Wednesday 17 October, Jed Mercurio will be presented with a World Screen Trendsetter Award, in partnership with MIPCOM, in recognition of his contribution to the international television industry.

Wi-Fi 6 and Wi-Fi 6E client devices are entering the home in an unprecedented way, surpassing 50% market share since their introduction in 2019 (compared to four years for Wi-Fi 5). … END_OF_DOCUMENT_TOKEN_TO_BE_REPLACED