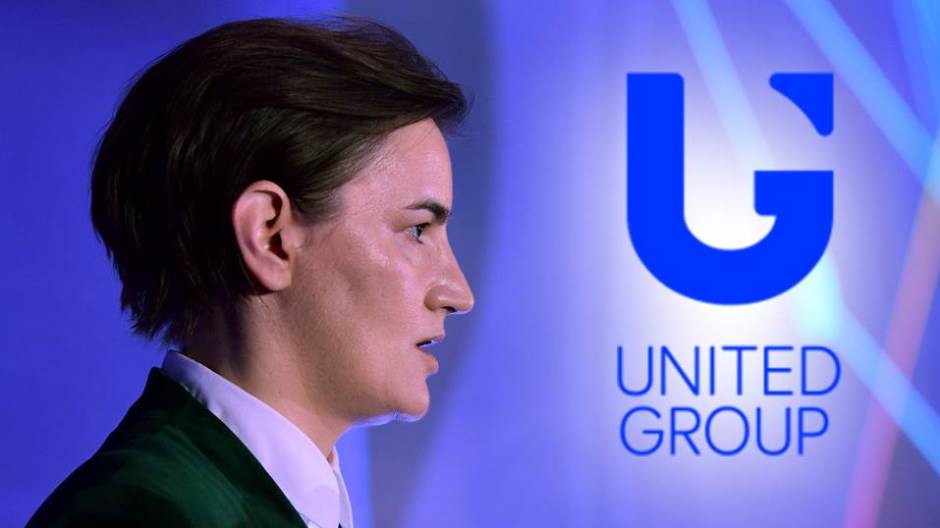 United Group has rejected claims by the Serbian Prime Minister Ana Brnabic that its subsidiary Serbia Broadband (SBB) has a monopoly, thereby preventing her from changing provider to Telekom Srbija.

In a statement published by the broadcaster N1, addressing directly the claims by Brnabic, as published by Broadband TV News, United Group says it is “forced to react following a series of incorrect claims made in the Serbian parliament by Prime Minister Ana Brnabic. We assume that our response, which we have a right to under the Law on Information, will be hidden in all media under the control of the authorities, continuing the pressure on our company,

“People in many cities and municipalities do not have the choice of getting SBB programmes. If the prime minister wants, we will gladly send her a list of the municipalities which are off limits to SBB. For a start, she can go to Gornji Milanovac and find out that local officials from the Serbian Progressive Party (SNS) have banned SBB from approaching clients.

“Prime Minister Ana Brnabic can go to Telekom as her provider at any time because we can’t stop her from taking that decision, nor would we because we are a company advocating a free market.

“It’s also strange that the prime minister is criticising the United Group for “grey area” business operations. State auditors have come in at any time since 2003 as well as international auditing firms as a form of added control. Every year we received confirmation about the regularity of our business operations in all those 16 years, including all the taxes which were paid on time. If the government, headed by Ana Brnabic, intends to charge us for something retroactively after saying that we are not paying enough, that will surely be a message to all foreign investors and institutions in Serbia and the European Union.

“United Group pays everything it is obliged to pay under the law and we can’t do more than that because that would be against the law.

“The United Group was always owned by large global investment funds and the EBRD whose greatest priority is business integrity. The best indicator of our legal and successful business operations is the fact that we issued bonds on the international market worth €475 million for the first time in 2014 to become the first company in the former Yugoslavia to issue bonds. That was confirmation of the trust of investors on the international market in the financial reports of our company.

“The previous time when the Prime Minister criticised us outside the country, claiming incorrectly that we have a monopoly we said that her claims are easily checked. We report everything we are asked about to RATEL and pay all the dues required.

“Without entering into the intentions behind all the statements and lies made about us by top Serbian officials, United Group continue operating with full respect for all Serbian and European Union laws. We will fight for the leading position on the market with top quality services and a diverse offer for all clients”.

Wi-Fi 6 and Wi-Fi 6E client devices are entering the home in an unprecedented way, surpassing 50% market share since their introduction in 2019 (compared to four years for Wi-Fi 5). … END_OF_DOCUMENT_TOKEN_TO_BE_REPLACED