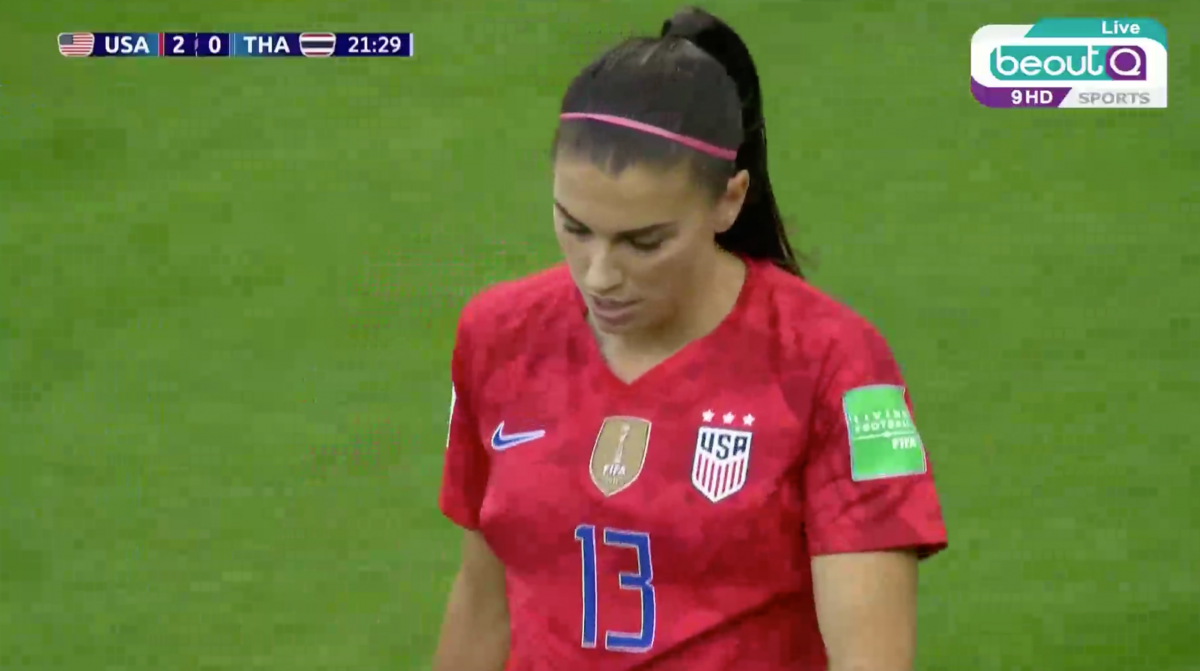 STORY UPDATED. Qatari broadcaster beIN Sports is claiming a major victory after it announced that a French court had found Arabsat to be involved in the alleged piracy operation beoutQ.

Every game of Women’s World Cup in France pirated by beoutQ, but major legal break-through as French court rules that beoutQ is distributed on Arabsat.

A French court has held that Arabsat – the Saudi-headquartered regional satellite provider – distributes beoutQ on its satellites, despite Arabsat’s two year denial of any involvement in this pirate broadcasting operation. The ruling came on the day that it was revealed that every single game so far of the FIFA Women’s World Cup 2019 in France has been illegally shown on BeoutQ.

However, in a strange turn of events, Arabsat has issued a press release on Saturday accusing beIN of distributing fake news. “The Arab Satellite Communications Organization (Arabsat) welcomes the Thursday, June 13, 2019, ruling issued by the President of Tribunal de Grande Instance de Paris on the false allegations made by Qatar’s beIN Sports and its France-based branch.

“Arabsat greatly values and respects the integrity of the French judiciary, which has skillfully and professionally addressed the allegations of Qatar’s Al Jazeera subsidiary, beIN Sports. The judiciary’s ruling rejected all allegations made by beIN against Arabsat, confirming Arabsat’s valid position regarding all the accusations and defamation attempts led by Qatar’s media group, which sought to link our organization to the dubious beoutQ piracy.

“The French judiciary’s ruling, rejecting beIN’s lawsuit and allegations against Arabsat, has proven beyond a shadow of a doubt our organization’s valid position from day one, despite beIN Sports’ attempts to cast doubt on that position; its media smear campaign; and its relentless attempts to push bogus and misleading claims.”

The legal case against Arabsat was brought by beIN Media Group, which was the initial target of beoutQ’s theft of world sport and entertainment. beoutQ’s piracy operation now affects broadcasters and rights-holders all around the world. beIN’s case was brought before the President of the Tribunal de Grande Instance de Parisin France because beIN has been unlawfully denied any legal recourse in Saudi Arabia where the pirate operation is based.

The purpose of beIN’s case was to establish in a court of law that, despite its denials, Arabsat has been carrying beoutQ’s pirate broadcasts. This was definitively established 12 months ago by three of the world’s leading digital security and technology companies, Cisco Systems, Nagra and Overon, and now it has been confirmed by a European court of law. Since beoutQ’s piracy began in 2017, Arabsat has, quite remarkably, denied any connection with the pirate broadcasting operation – despite beoutQ openly advertising on its Facebook and social media channels the relevant Arabsat frequencies. Arabsat has ignored literally hundreds of legal take-down notices from international broadcasters and rights-holders.

Remarkably, in response to independently-commissioned technical testing carried out for the French legal case, Arabsat frequently switched the satellite frequencies on which beoutQ’s channels are carried – including to frequencies not accessible in France and North Africa – in order to deceive the court and try to evade detection and so that the French court could not make further rulings against it. Further, for months beoutQ falsely claimed that it was a Cuban and Colombian operation until the governments of both countries issued categorical denials. Although Arabsat argued that “only beoutQ broadcasts the pirate broadcasts”, the court sided with beIN, so Arabsat can no longer maintain that it does not broadcast beoutQ.

The French ruling came on the same day that it was revealed that all first 17 games of the FIFA Women’s World Cup 2019 in France so far have been illegally shown on beoutQ, in further direct theft of FIFA’s intellectual property after all 64 games of the men’s FIFA World Cup in Russia were stolen in 2018. Earlier this week, Luigi de Siervo, CEO of Lega Serie A, stated that Serie A was lobbying the Italian government to take decisive action against beoutQ and that it was also reconsidering its deal to host its Super Cup games in Saudi Arabia. The US and UK governments, the European Commission and the World Trade Organisation are all actively engaged on the matter.

Commenting on the judgment, Yousef Al-Obaidly, CEO of beIN Media Group, said: “This latest legal ruling in France shows that even if we are illegally denied access to justice in Saudi Arabia, we will use every means possible to hold beoutQ and Arabsat to account for their daily theft of rights-holders’ intellectual property. But we are not fighting this battle alone – the weight of the international community is now firmly coming to bear on Saudi Arabia to end its safe haven for piracy, which is destroying not only the economic model of the global sports and entertainment industry, but the livelihoods of content creators all around the world.”

In its ruling, the Tribunal de Grande Instance de Paris endorsed the technical reports produced by beIN and confirmed Arabsat’s involvement: “The reports conclude that the beoutQ channels were available on June 18 and 24, 2018 on frequency 11919 MHz H and frequency 12207 MHz V via the Badr-4 satellite, operated by Arabsat. It also appears from Arabsat’s own website that its Badr-4 satellite covers the MENA region (Middle East and North Africa) and according to the footprint shown in the diagram of the site, its coverage also extends to parts of Europe, including the far south of France.”

Wi-Fi 6 and Wi-Fi 6E client devices are entering the home in an unprecedented way, surpassing 50% market share since their introduction in 2019 (compared to four years for Wi-Fi 5). … END_OF_DOCUMENT_TOKEN_TO_BE_REPLACED