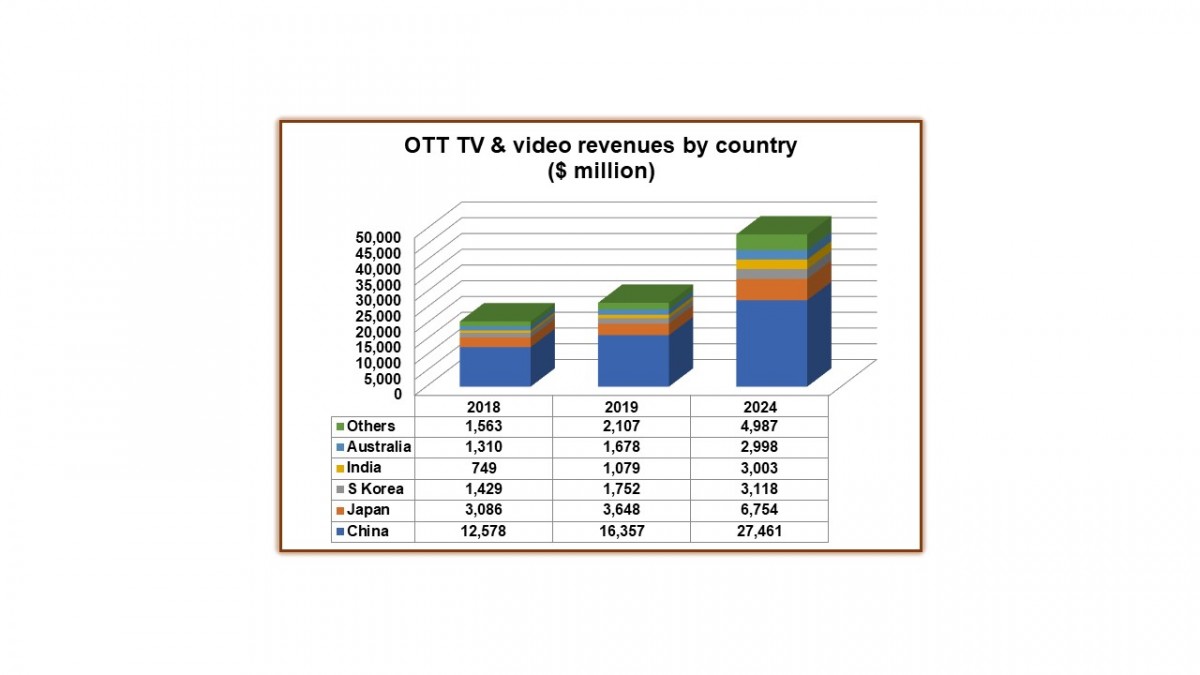 China and Japan will account for 71% of the region’s total revenues by 2024. China will command a 57% share by 2024 from the 22 countries covered in the report.

Three Chinese companies will top the Asia Pacific SVOD rankings by subscribers in 2024 – two of which will have more than 100 million subs. Never expected to operate as standalone platforms in China, Netflix and Amazon Prime Video will take fourth and fifth places respectively.

Despite being fourth in the subscribers’ ranking, Netflix will top the SVOD revenues’ chart in 2024 – but only just! The top three platforms will account for 60% of the region’s $19 billion SVOD revenues by 2024.

Wi-Fi 6 and Wi-Fi 6E client devices are entering the home in an unprecedented way, surpassing 50% market share since their introduction in 2019 (compared to four years for Wi-Fi 5). … END_OF_DOCUMENT_TOKEN_TO_BE_REPLACED