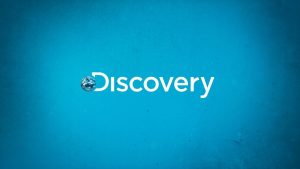 Post Luxembourg has added several channels from Discovery to the pay-TV service Entertain Me on its IPTV platform PostTV.

“The newly formed cooperation between Post Luxembourg and Discovery marks an exciting step for us, underlining our innovative distribution strategy,” said Thomas Bichlmeir, Director Distribution and Commercial Strategy Discovery Communications Deutschland. “With this first of its kind pilot project with PostTV, we are able to offer fans the possibility to individually pick and choose the channels they love and want for their TV bouquet.”

The new channels are already available on the platform. Instead of offering a specific bundle of channels, PostTV lets the customers decide which channels to include in their personalised pay-TV bundle. Subscriptions can be modified on a monthly basis, and every customer can decide between multiple package sizes, varying in the number of channels and price.

Wi-Fi 6 and Wi-Fi 6E client devices are entering the home in an unprecedented way, surpassing 50% market share since their introduction in 2019 (compared to four years for Wi-Fi 5). … END_OF_DOCUMENT_TOKEN_TO_BE_REPLACED