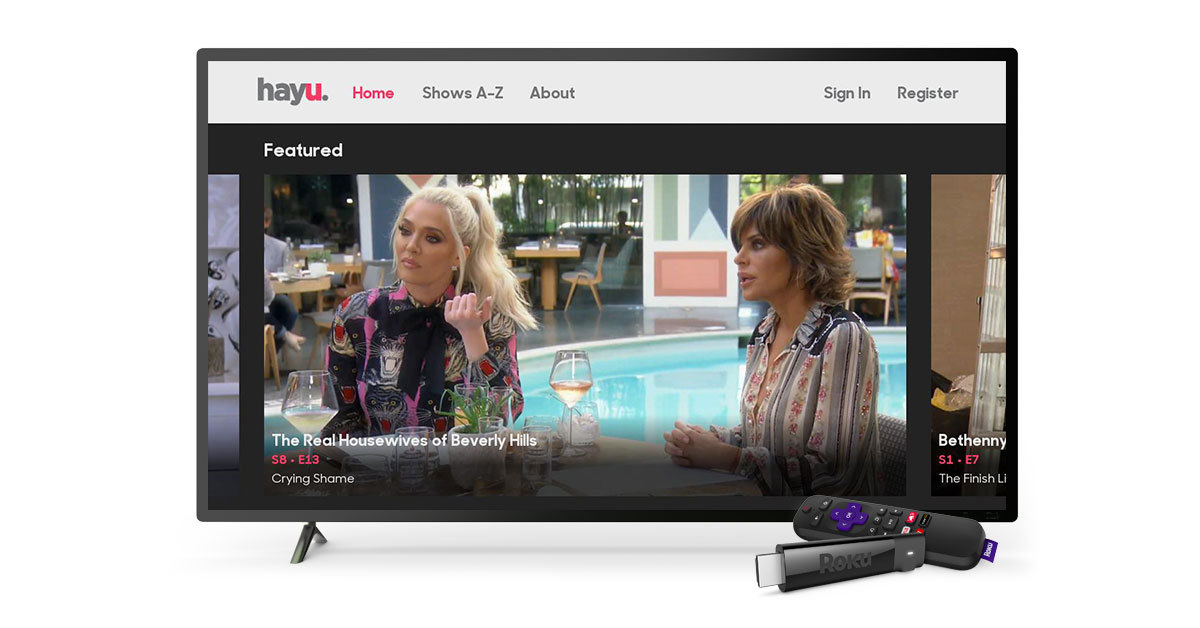 NBCUniversal International’s SVOD service Hayu is rolling out in the Netherlands, Belgium and Luxembourg.

The service offers more than 6,000 episodes of reality content from more than 200 shows, most of which debut on the service the same day as they premiere in the US. Hayu is available as an OTT service on mobile, tablet, and web.

“Our direct-to-consumer launches in The Netherlands, Belgium and Luxembourg are the next key expansion for hayu as we pick up the pace broadening the service’s geographic footprint,” commented Hendrik McDermott, SVP, Branded On-Demand, NBCUniversal International.

“hayu’s popularity as a must-have service delivering the best in reality – built off the foundation of NBCUniversal’s formidable expertise as a producer of reality programming – is fueling our on-going momentum and we look forward to introducing the service to a new community of reality fans across the Benelux countries.”

The monthly, no-contract fee to access the full range of content is priced at €5.99. All new Hayu customers receive a full 30-day free trial as soon as they sign-up.

Hayu launched in the UK, Ireland and Australia in March 2016 and followed in Norway, Sweden, Finland and Denmark in November 2017; the service’s most recent launch was in Canada in late September 2018. The addition of the three Benelux countries makes Hayu now available in 11 countries.

Wi-Fi 6 and Wi-Fi 6E client devices are entering the home in an unprecedented way, surpassing 50% market share since their introduction in 2019 (compared to four years for Wi-Fi 5). … END_OF_DOCUMENT_TOKEN_TO_BE_REPLACED