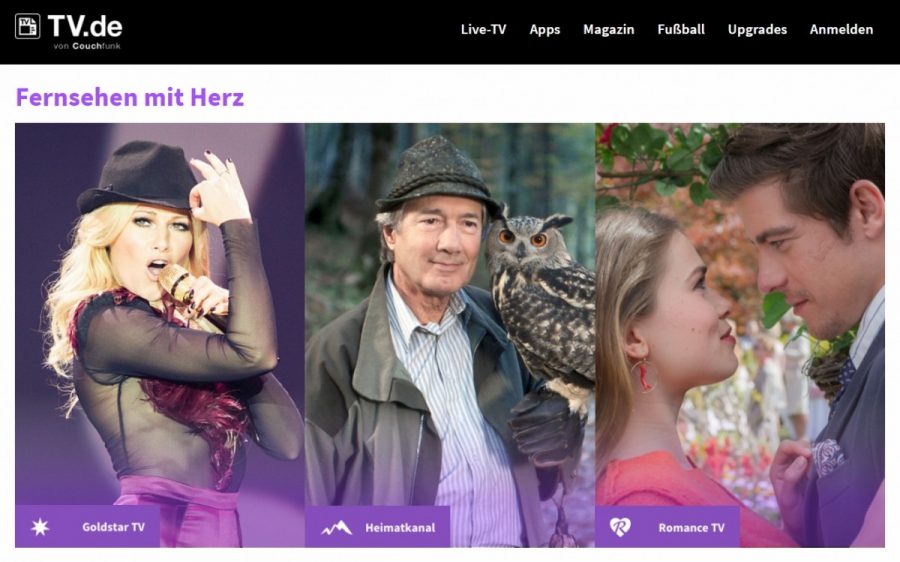 Furthermore, the service which launched on December 1, 2015 is now also available in Austria.

With Fernsehen mit Herz, TV.de is now offering a classic pay-TV package for the first time. Aboard are the channels Heimatkanal, Romance TV and GoldStar TV, operated by German media company Mainstream Media. As with Zattoo, where the bouquet launched on February 1, 2018, the subscription costst €4.99 per month.

“We are proud to have in TV.de another OTT partner for the distribution of Fernsehen mit Herz, meeting the demands of many subscribers for new reception options,” said Tim Werner, board member of Mainstream Media. “We are particularly pleased that we can now also offer our channel package in Austria.”

In total, TV.de offers more than 50 TV channels as live-streams of which 30 are available free of charge and without registration as well as on-demand content from over 140 channels. Access is possible on the open Internet at www.tv.de and via apps for operating systems iOS, Android and Windows, for example on smartphones and tablets.

Wi-Fi 6 and Wi-Fi 6E client devices are entering the home in an unprecedented way, surpassing 50% market share since their introduction in 2019 (compared to four years for Wi-Fi 5). … END_OF_DOCUMENT_TOKEN_TO_BE_REPLACED