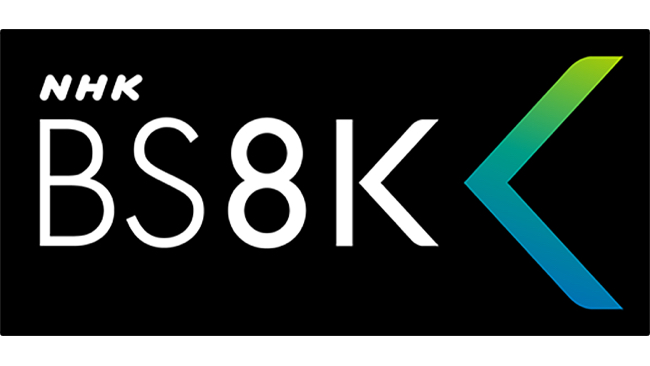 “NHK BBS4K will be an entry point channel for ultra-high-definition television, with image quality at a different level to what has been available until now, accessible by a wide range of viewers. On the other hand, BS8K will boast the highest quality images and sound in the world, becoming a flagship channel for NHK and delivering a completely new and astounding visual experience. BS4K will broadcast from 6am until midnight, 18 hours a day, showing only programmes that have been made in 4K,” said Yukinori Kida, Executive Director of Broadcasting at NHK.

The channel was first announced at the MIPCOM in Cannes in October 2017.

BS8K will broadcast for approximately twelve hours every day, from 10 am to 10.10 pm. “For 8K, the strategy will be for high quality programmes to be rigorously selected and carefully produced. The time slots will not be set for particular genres, but scheduling will depend on the content of individual programmes. The highlight of BS8K will be Golden Time (primetime) on Sunday. Every week on Sunday evening from 7 o’clock, a new programme selected from a variety of genres will be presented,” according to Yukinori Kida.

“At different times on weekdays, for those who missed the Sunday programme, as well as those who want to watch it again, it is scheduled to be rebroadcast in a ‘selection’ slot. Because 8K is at the moment based around watching at the time of broadcast, we plan to increase the number of chances to watch through rebroadcasts. Firstly, in the field of music Sekai Sandai Orchestra no Hibiki (The Sound of the World’s Three Great Orchestras) will present moving performances by the Vienna Philharmonic, the Berlin Philharmonic and the Royal Concertgebouw in 22.2 channel immersive sound that will create the feeling of really being there. In addition, a broadcast of complete performances of all five troupes from the leading Japanese theater group the Takarazuka Revue will be broadcast.

“In terms of art programmes, an international co-production with France Louvre Bijutsukan Bi no Dendo no 400-nen (The Louvre Museum – 400 Years of the Palace of Beauty), a four-part series, is being made and will be broadcast, as well as programmes about the works of painters Hokusai and Ito Jakuchu. A series on the golden treasures of Tutankhamun of Egypt, said to be the greatest collection of its kind in the world, is also scheduled to be broadcast.”

Wi-Fi 6 and Wi-Fi 6E client devices are entering the home in an unprecedented way, surpassing 50% market share since their introduction in 2019 (compared to four years for Wi-Fi 5). … END_OF_DOCUMENT_TOKEN_TO_BE_REPLACED