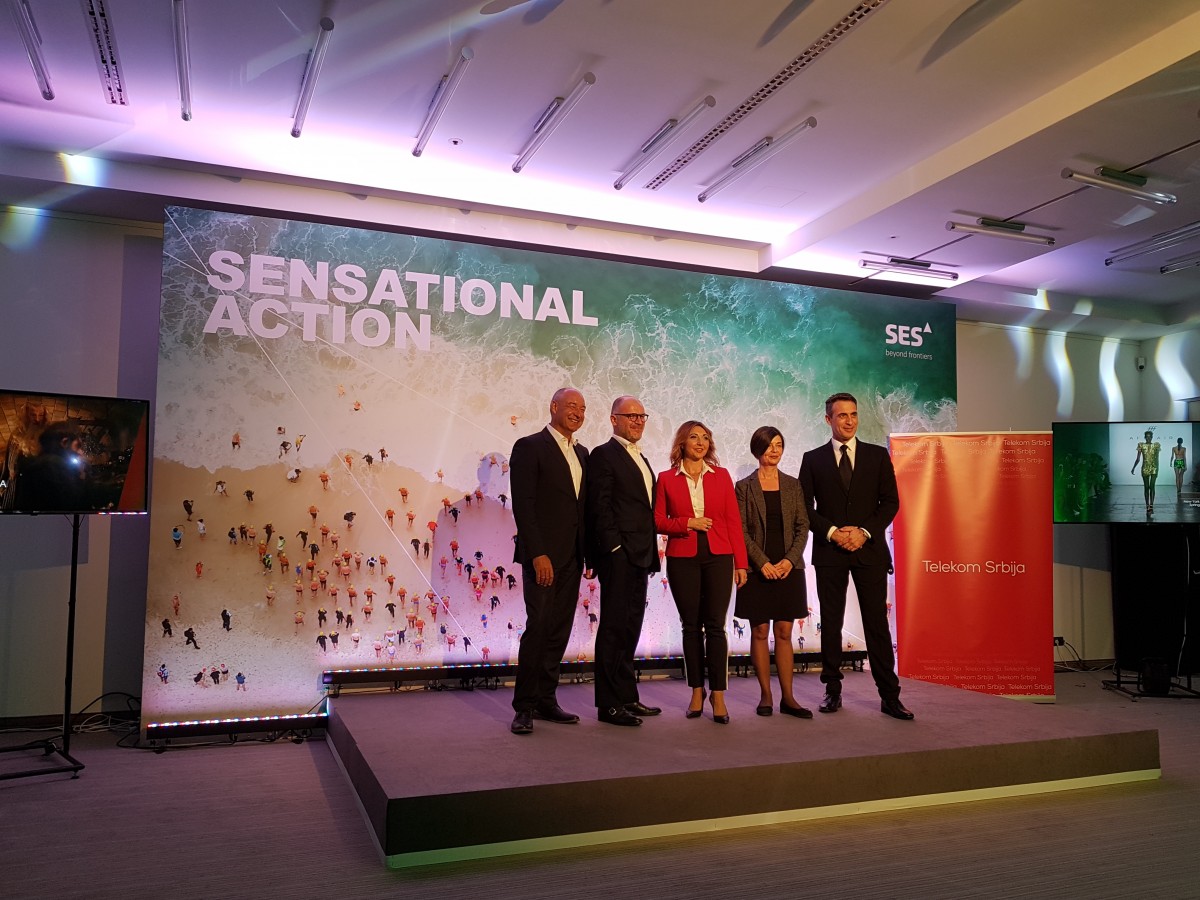 In what will be a first for SES, the company will simultaneously launch a DTH platform in three countries in cooperation with Telekom Srbija by the end of the year.

Speaking at a press event in Belgrade organised by the two companies and attended by Broadband TV News, Marijana Vukasinovic, head of content management at Telekom Srbija, said that the new platform will offer viewers in Serbia, Bosnia & Herzegovina and Montenegro over 150 TV channels, including numerous ones in HD.

Although December 15 was mentioned as a possible start date, she said that the aim was to launch the platform as soon as possible and certainly by the end of the year.

Speaking more generally to Broadband TV News, Vukasinovic said that Telekom Srbija does not like to be compared with other companies in Serbia as it is the incumbent and offers a full bundle of services. It only competed with cable operators, for instance, in the TV segment. Its plans in the TV segment in the near future include the launch of more specialised channels, including HD and 4K.

Meanwhile, Norbert Hölzle, SES Astra SVP Europe and Middle East, told Broadband TV News it was important to be seen as a partner for telcos. Furthermore, the launch is an excellent way to enter new countries with Telekom Srbija, which SES regards as an important client. The move also fits in with SES’s strategy.

Also speaking at the event, Gorica Zaric, Editor-in-Chief of thematic channels, RTS, provided an overview of its proprietary channels. These include RTS Drama, RTS Life and RTS Treasure.

Broadband TV News notes that further details of the new platform, including prices, will be announced closer to its launch.

Wi-Fi 6 and Wi-Fi 6E client devices are entering the home in an unprecedented way, surpassing 50% market share since their introduction in 2019 (compared to four years for Wi-Fi 5). … END_OF_DOCUMENT_TOKEN_TO_BE_REPLACED