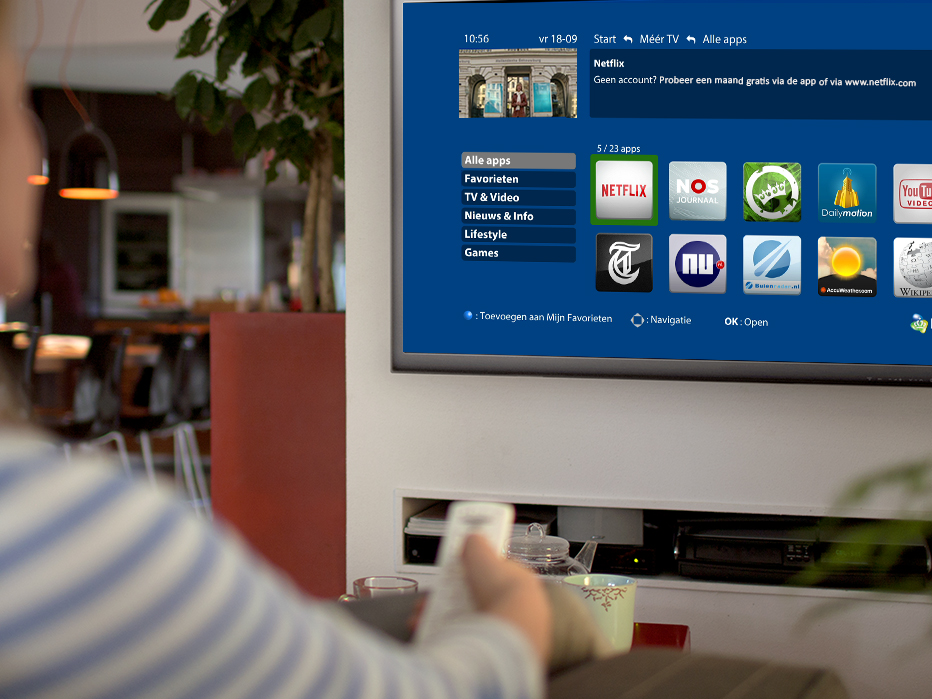 Dutch telecom operator KPN is to test Addressable TV and TV recommendations on its IPTV service in cooperation with Talpa Networks.

“That’s why we are now starting to test customised advertising with Talpa Network’s TV channels, which has been common on the internet for some time now. Our customers ultimately decide for themselves whether they want this. We also want to give customers viewing tips that match their interests and preferences. If a customer often looks at documentaries on a certain subject, we make him aware of similar programmes.

With this permission, KPN and Talpa will compile household profiles to enable the personal TV experience. The profiles are based on viewing behavior and administrative data, such as address, age, gender and subscriptions to channel packages. The various profiles are linked to specific target groups, such as ‘families with an interest in sports’. This allows advertisers to reach a specific target group in a more targeted way.

All data used to create a customer profile is only known to KPN and is never made available to third parties such as advertisers and television stations. Customers will also be able to withdraw their consent at any time.

Wi-Fi 6 and Wi-Fi 6E client devices are entering the home in an unprecedented way, surpassing 50% market share since their introduction in 2019 (compared to four years for Wi-Fi 5). … END_OF_DOCUMENT_TOKEN_TO_BE_REPLACED