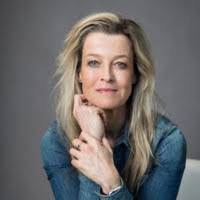 Endemol Shine Group has announced Iris Boelhouwer will be stepping down as co-CEO of Endemol Shine Netherlands at the end of October, in order to focus on personal projects.

Iris’ position will be absorbed by current co-CEO Boudewijn Beusmans, who will become CEO of Endemol Shine Netherlands as of 1st November 2018, in addition to his ongoing role as Chairman, Northern Europe, Endemol Shine Group. 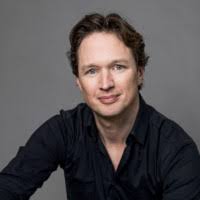 Boudewijn Beusmans, Co-CEO of Endemol Shine Netherlands said: “Endemol Shine Netherlands has always been a hotbed for innovation and creativity in Europe and I am grateful to Iris for having been my partner throughout these years in getting the business back to its leading position creatively. With the right structure in place, I now look forward to continue working closely with our management team as we prepare ourselves for this next phase of growth.”

Iris Boelhouwer, said: “Endemol Shine is a fantastic company and I feel privileged to have worked alongside so many brilliant colleagues, many of whom I now have the pleasure of calling my friends. It’s been an incredible journey working tirelessly alongside Boudewijn and I am proud of what we have achieved together with our team. With the company on a strong footing and back to its true creative roots, this new structure makes absolute sense and I feel that I can now leave onto new adventures knowing the business is in excellent hands.”

Sophie Turner-Laing, CEO of Endemol Shine Group said: “Thanks to Iris’ work alongside Boudewijn, Endemol Shine Netherlands is now on a very strong creative footing with a pipeline of exciting new shows with huge international potential from Big Bounce Battle and The Talent Project, and I would like to thank her for her outstanding contribution throughout these years. Going forward, I could not imagine anyone more capable than Boudewijn to lead our Dutch operation through its next stage of growth.”

Iris Boelhouwer joined Endemol Shine in 2005. During her tenure with the company, she held a number of senior positions first at Endemol, including as Executive Producer and Creative Director in The Netherlands, and then as Managing Director of Creative Operations globally. Over the last three years, Iris has been co-leading Endemol Shine Netherlands together with Boudewijn Beusmans. Iris also led the Group’s global sustainability initiative, Endemol Shine Giving, driving the company’s pledge to become single use plastic free. In the coming weeks,

Iris will work together with Boudewijn and the rest of the management team to ensure a smooth transition.

Wi-Fi 6 and Wi-Fi 6E client devices are entering the home in an unprecedented way, surpassing 50% market share since their introduction in 2019 (compared to four years for Wi-Fi 5). … END_OF_DOCUMENT_TOKEN_TO_BE_REPLACED