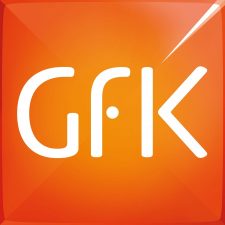 The sales of TV sets amounted to €45 billion in the first half of 2018 in the global market, around 1% more than in the same period last year, spurred by this year’s FIFA World Cup, according to German market research institute GfK.

Global sales of a total of 238 million devices are expected for 2018, corresponding with a 2% increase compared to 2017. The main trends contributing to this growth are high-end devices with high average prices, smart and connected TV sets and the recovery of emerging markets.

On a regional level, Latin America strongly contributed to the global growth in the first half of 2018 with a sales value growth of 25% towards the global turnover increase in the TV market. The region accounted for 11% of the global TV set sales and successfully recovered from substantial losses in recent years.

Europe and the Asia-Pacific region developed in a corridor between minus 5% to plus 4%.

In the first half year 2018, 50+ inch TV sets accounted for half of the total sales value globally. These TV sets can achieve prices of up to more than €4,000. “These premium devices feature contrast-enhancing HDR or organic LED (OLED), the winning display technology in the premium price tier, with a sales value increase of more than 100%,” according to Markus Kick, GfK expert for consumer electronics.

“Western Europe mainly drove the trend towards OLEDs, but almost all regions show three-digit growth rates. Further manufacturers are expected to join the game in the second half of 2018, adding some more dynamics in that market. In terms of display resolution, 4K is still on the rise and the first 8K models are expected to be showcased at this year’s IFA in Berlin,” said Kick.

The downside of this trend is that Ultra HD resolution and larger screens are negatively affecting the annual power consumption of the TV sets. In Europe, in the first six months of 2018, only 33% of all TV sets sold obtained the energy efficiency class A+, showing a negative trend. A++ sales are still insignificant.

With the success of video streaming platforms and younger customers losing interest in linear TV channels, smart TV sets are now almost the standard. From January to June 2018, these devices obtained a sales value share of 85%, up from 79% in 2017.

The next step are voice-controlled TV sets with a growing number of manufacturers coming onboard, thereby increasing the reach of the digital home assistants. For now, not all voice assistants are integrated in the TV set and instead rely on an external smart device to be voice-controlled indirectly. Time will tell whether this solution will prevail or whether it is just a bridging technology.

Wi-Fi 6 and Wi-Fi 6E client devices are entering the home in an unprecedented way, surpassing 50% market share since their introduction in 2019 (compared to four years for Wi-Fi 5). … END_OF_DOCUMENT_TOKEN_TO_BE_REPLACED