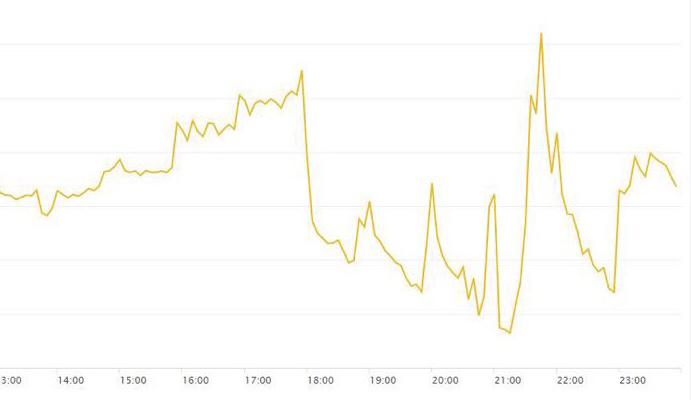 We’re always being encouraged to get interactive for one reason or another, but what happens when there’s something to watch on TV?

The answer was revealed during Tuesday night’s last 16 tie between England and Colombia. And according to Virgin TV Operations Director, Digital Entertainment, Stephen Featham revealed on social media it’s not much.

Featham has shared the reverse of what we might normally expect from the UK cablenet with a distinct lack of interaction from its customers.

Looking at the graph you can track the action on the pitch and on the sofa from the 19:00 BST kick-off through to the peak lack of usage at 21:52 when the last England penalty hit the back of the net.

Wi-Fi 6 and Wi-Fi 6E client devices are entering the home in an unprecedented way, surpassing 50% market share since their introduction in 2019 (compared to four years for Wi-Fi 5). … END_OF_DOCUMENT_TOKEN_TO_BE_REPLACED