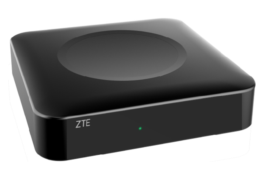 Dutch DTT licence holder KPN has outlined the timeline for the switchover of its Digitenne terrestrial pay TV platform to DVB-T2/HEVC.

Starting on October 1, the switchover will take until April 2019 to finish. KPN has divided the country into five regions for the phased conversion. First, as of 1 October, the northeast Netherlands will be converted. These are the provinces of Groningen and Drenthe.

The dates of transposition of the remaining four regions are not yet known. This is partly due to the facts that KPN needs to replace all outstanding digital terrestrial receiver, that are rented by the Digitenne subscribers.

The provinces of Flevoland, Overijssel and Gelderland follow in the second phase. The third phase will consist of Zeeland, North Brabant and Utrecht. Limburg follows as the fourth region. The provinces of North Holland and South Holland as well as Friesland will be the last to receive the DVB-T2 signal.

In order to watch Digitenne in the future, a new receiver from manufacturer ZTE is required. This is a cardless decoder with built-in encryption from security company Irdeto. After conversion, it is no longer possible to use a CI+ module with a smart card. As a result, Digitenne can no longer be viewed directly on a regular television set, even if the TV used is suitable for reception of DVB-T2 and HEVC. However, the three national public channels and the regional public broadcasters will remain available free-to-air.

Wi-Fi 6 and Wi-Fi 6E client devices are entering the home in an unprecedented way, surpassing 50% market share since their introduction in 2019 (compared to four years for Wi-Fi 5). … END_OF_DOCUMENT_TOKEN_TO_BE_REPLACED