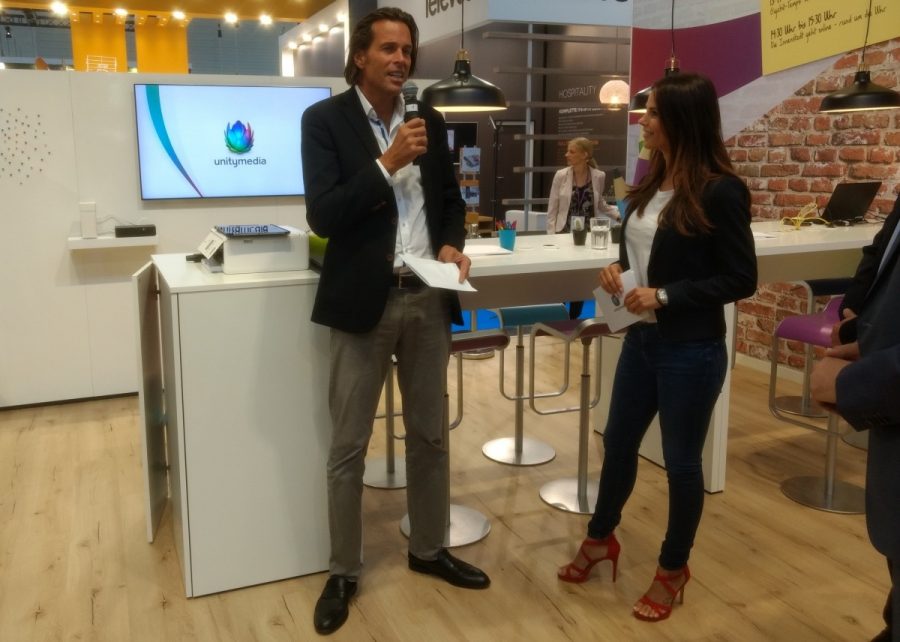 The first households and companies will be able to surf the net at speeds of up to 1Gbps from December 2018, CEO Lutz Schüler announced at trade fair ANGA COM 2018 in Cologne.

The upload data rate will be up to 50Mbps. In both cities, Unitymedia has invested around €50 million each to upgrade its network for the DOCSIS 3.1-based high-speed service, said Schüler.

The network upgrade is scheduled to be completed in March 2019: 90% of the households in both cities will then be able to sign up for the 1Gbps service. The monthly subscription price will amount to €99.99 with a minimum contract term of 24 months.

After Bochum and Frankfurt, Unitymedia will then offer its high-speed service in a total of four cities.

How the rollout will continue in 2019 depends on coordination with Vodafone, Schüler told Broadband TV News. In May 2018, Vodafone announced the acquisition of Unitymedia from parent company Liberty Global.

[Update] December 3, 2018: Unitymedia has launched its Gigabit internet service in Düsseldorf today. Around 320,000 households are able to access the service offering a download speed of up to 1Gbps.

[Update] December 4, 2018: Unitymedia’s 1Gbps internet access launched in Cologne today with more than 460,000 households being able to sign up for the service. In total, over 1.3 million households across Unitymedia’s footprint are now covered by the DOCSIS 3.1-based Gigabit service.

Wi-Fi 6 and Wi-Fi 6E client devices are entering the home in an unprecedented way, surpassing 50% market share since their introduction in 2019 (compared to four years for Wi-Fi 5). … END_OF_DOCUMENT_TOKEN_TO_BE_REPLACED