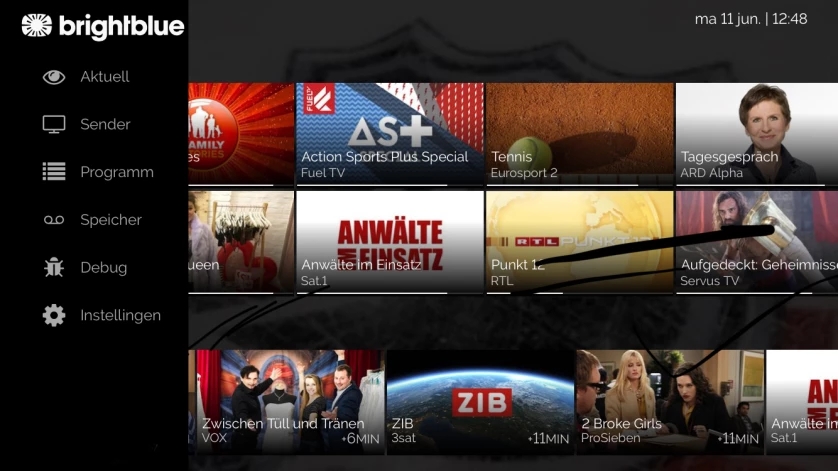 BrightBlue has its origins in the Deutsche Glasfaser Group and is now positioning itself as an independent IPTV provider on the Europe-wide B2B market. The platform is based on the IPTV technology of Deutsche Glasfaser and is the result of many years of technical development.

The platform is aimed at fibre-optic, cable and VDSL network operators and contains over 150 TV channels, including more than 75 in HD quality, over 150 radio stations and more than 30 apps. It also features cloud-based interactive functions such as instant replay, instant restart and live pause. TV streaming in 4K quality is also part of the multiscreen platform, which also extends to mobile devices such as smartphones and tablets.

“BrightBlue’s modular IPTV product is tailored to small and medium-sized telecommunications companies who do not want to be dependent on the expensive overall packages of the large providers,” said Uwe Nickl, CEO of Deutsche Glasfaser.

“It is a state-of-the-art product that has required over twelve years of development and investment. BrightBlue now wants to spare other telecommunications companies this effort with its individual IPTV offers. In this way, high-quality IPTV is to become accessible to many people in Germany through increased competition from various providers and finally suitable for mass production – this is the television of the future against the background of the possibilities of the digital age.”

Wi-Fi 6 and Wi-Fi 6E client devices are entering the home in an unprecedented way, surpassing 50% market share since their introduction in 2019 (compared to four years for Wi-Fi 5). … END_OF_DOCUMENT_TOKEN_TO_BE_REPLACED