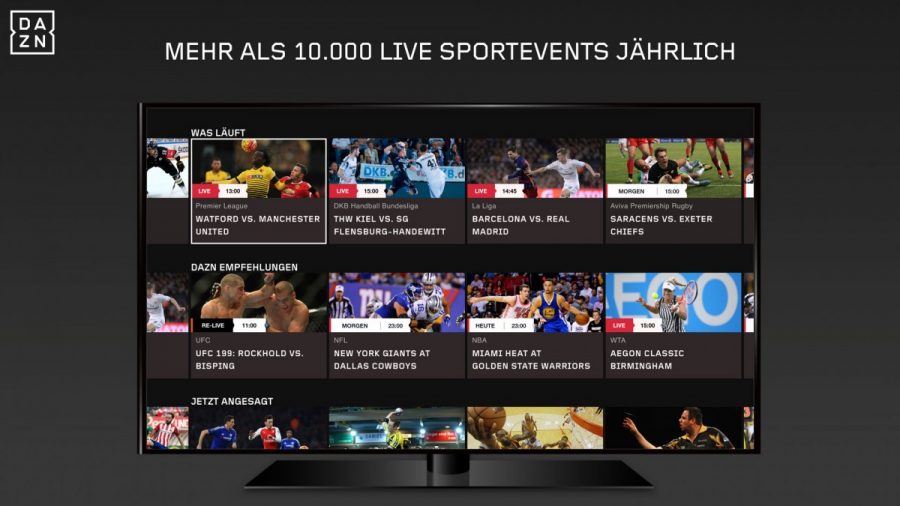 Sports portal DAZN (“Da Zone”) operates a linear TV channel on the cable network of wilhelm.tel, but, curiously, neither the North German cable operator nor DAZN actively advertise the offer.

The cable channel hasn’t been set up to attract viewers, but to meet the requirements in sports TV rights tenders mandating a linear TV channel as one of the distribution infrastructures. This gives right holders the opportunity to take DAZN’s bids into account.

“Yes, DAZN has been operating a linear TV channel at Hamburg-based telecommunications provider wilhelm.tel since August 2016”, a DAZN spokesman confirmed to Broadband TV News. “We use this channel because linear TV broadcasting is an obligation in some of our license agreements.”

DAZN does not plan to expand its cable foray. “Since the launch of DAZN, our focus has been very clearly on our internet-based OTT distribution,” stressed the spokesman.

Wi-Fi 6 and Wi-Fi 6E client devices are entering the home in an unprecedented way, surpassing 50% market share since their introduction in 2019 (compared to four years for Wi-Fi 5). … END_OF_DOCUMENT_TOKEN_TO_BE_REPLACED