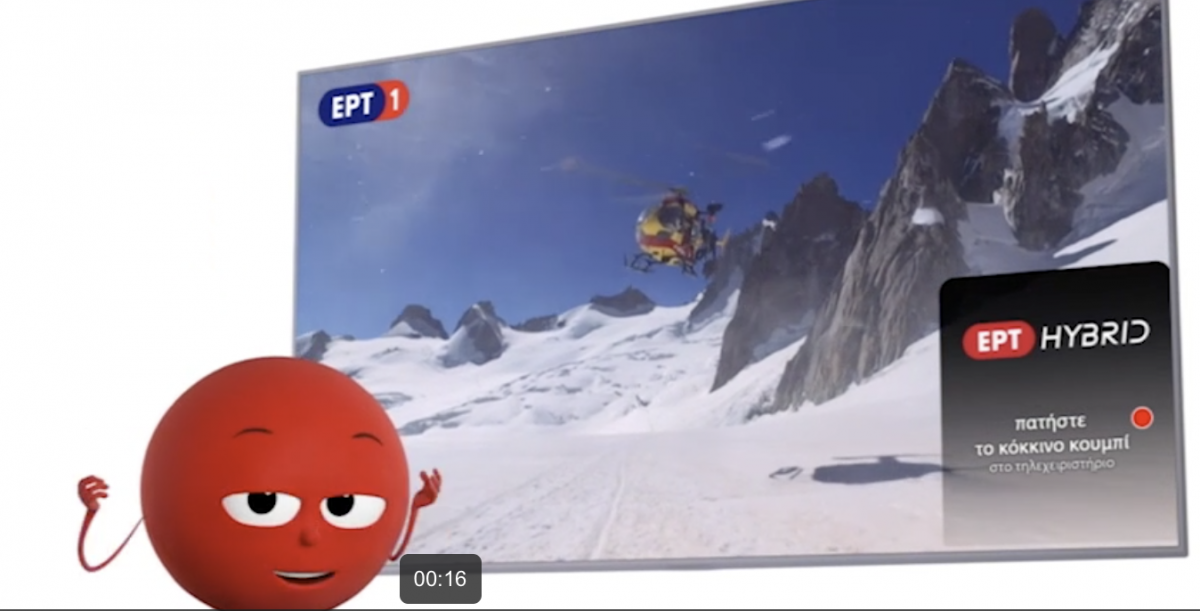 The Greek public broadcaster ERT has provided an update on its HbbTV service ERT Hybrid, which it launched in December 2017.

Speaking at TV CON 2018, Yiannis Vougiouklakis, new media general director ERT, said it is the first such service launched by a public broadcaster in the Balkan region. Offering seven free apps, it is currently used by between 5,000-6,000 customers each day.

Looking to the future, the next steps in ERT’s HbbTV approach will be the introduction of more apps, especially for education; targeted footage (live and VOD); facing disability challenges; and synergies.

Looking specifically at the challenges of covering the upcoming World Cup in Russia this June, Vougiouklakis said they include multi-angle content; matchcast multistream; VOD and social media content; and immersive content 180 live streams and 360 degrees VOD.

Speaking more generally about ERT, Vougiouklakis said that it operates three national TV channels and one international satellite-delivered tv channel, along with 27 radio stations, a dozen ad-hoc channels and at least two OTT channels (ERTPlay 1 and 2).

Aside from HbbTV, its digital services include VOD in different qualities and formats, as well as apps in iOS and Google Play.

Wi-Fi 6 and Wi-Fi 6E client devices are entering the home in an unprecedented way, surpassing 50% market share since their introduction in 2019 (compared to four years for Wi-Fi 5). … END_OF_DOCUMENT_TOKEN_TO_BE_REPLACED