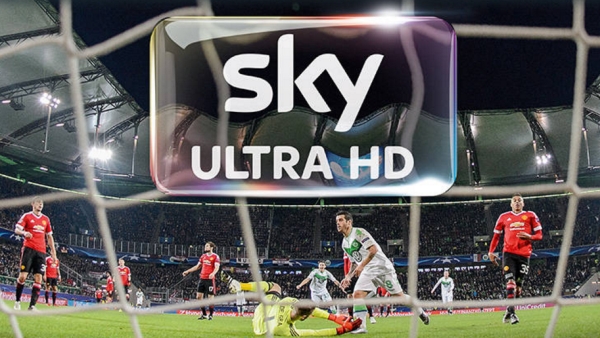 Sky Deutschland has secured the exclusive Ultra HD broadcast rights to 25 matches of the 2018 FIFA Football World Cup in Russia.

The agreement with SportA, the sports rights agency of German public broadcasters ARD and ZDF, grants the pay-TV operator the right to show the Match of the Day live in UHD on all tournament days. Financial details of the sublicensing deal were not disclosed.

The Sky Sport UHD offer is available to all Sky subscribers in Germany who use the Sky+ Pro receiver and have an Ultra HD TV set.

In addition to the opening match on June 14, 2018, the live coverage will include all games of the German national team and other selected matches including two quarter-finals, both semi-finals, the match for third place and the final on July 15, 2018.

“With the first and exclusive broadcast of the FIFA World Cup 2018 in Ultra HD, Sky Deutschland underscores its role as a pioneer and innovation driver in German television,” said Dr Holger Enßlin, Managing Director Legal, Regulatory & Distribution at Sky Deutschland. “As it was the case in 2006 with the first transmission of a World Cup in HD, Sky customers will again be the first to enjoy the latest technology and an unprecedented viewing experience. The Ultra HD broadcast of 25 matches from Russia is another milestone for the distribution of Ultra HD in Germany.”

The transmissions of the FIFA World Cup 2018 in Ultra HD will be available to all Sky customers in Germany using the Sky+ Pro receiver, independent of the subscription packages they signed up for. The broadcasts on Sky Sport UHD can be received via satellite on Astra (19.2° East) and by almost all Sky cable customers.

ARD and ZDF, the owners of the broadcasting rights for all 64 FIFA World Cup 2018 matches, will show all games live in SD and HD resolution.

In October 2017, world football association FIFA announced that all 64 matches of the 2018 World Cup will be produced in Ultra HD/HDR format for the first time.

Since October 2016 Sky has been showing football matches from the Bundesliga and the UEFA Champions League in Ultra HD resolution on its sports channels Sky Sport UHD and Sky Sport Bundesliga UHD.

Wi-Fi 6 and Wi-Fi 6E client devices are entering the home in an unprecedented way, surpassing 50% market share since their introduction in 2019 (compared to four years for Wi-Fi 5). … END_OF_DOCUMENT_TOKEN_TO_BE_REPLACED