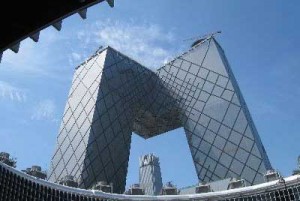 China’s largest state-owned television and radio stations are merging into one broadcasting platform to be called Zhongguo Zhisheng, which translates to Voice of China.

A state radio and television administration will be established by unifying the three broadcasters, according to a plan by the Central Committee of the Communist Party of China unveiled after the first session of the 13th National People’s Congress (NPC) concluded.

The new platform will come under the state’s Publicity Department, and is tasked with the enhancement of China’s international broadcasting capacities and promoting the convergence of the three platforms.

Wi-Fi 6 and Wi-Fi 6E client devices are entering the home in an unprecedented way, surpassing 50% market share since their introduction in 2019 (compared to four years for Wi-Fi 5). … END_OF_DOCUMENT_TOKEN_TO_BE_REPLACED