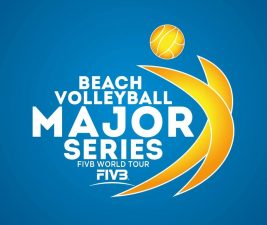 For the first time, the event will be streamed live to paying BeachStream subscribers who will get exclusive live access to all tournament games, on-demand content, highlights, interviews and behind-the-scenes footage.

Red Bull Media House has been using Pixellot’s technology to cover football and ice-hockey games in Europe. This will be the first time the two companies are working together in the United States, as well as the first time the system will be used at an international beach volleyball tournament.

The solution developed by Israeli technology company Pixellot is employed in thousands of venues worldwide to provide automated production without any broadcast crews necessary. Once the technology is installed, algorithms customised for each sport allow viewers to follow the events on the field – or the beach in this case.

Live broadcasting has long been reserved for major professional sports. Minimising production costs, Pixellot’s automated production systems enable amateur clubs, schools, federations, media platforms and venues to generate live HD content for their own digital media services. The footage is delivered to any device letting fans watch their favourite team from anywhere, produce their own highlight clips and share them on social networks.

Wi-Fi 6 and Wi-Fi 6E client devices are entering the home in an unprecedented way, surpassing 50% market share since their introduction in 2019 (compared to four years for Wi-Fi 5). … END_OF_DOCUMENT_TOKEN_TO_BE_REPLACED