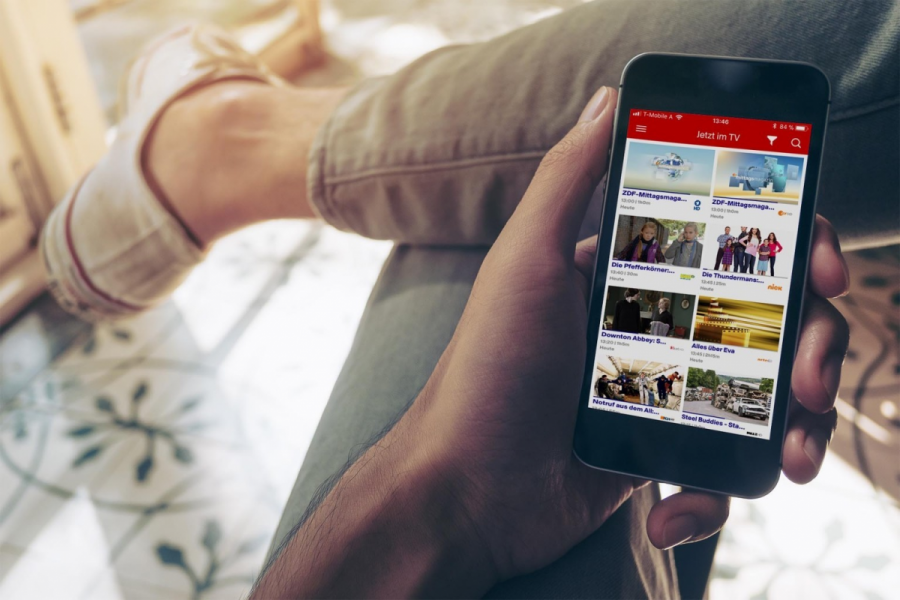 The hybrid service branded Diveo (a reshuffle of the word Video) will combine the worlds of DTH and OTT, enabling on-demand, interactive and cloud-based PVR services, Oliver Rockstein, Executive Vice President of M7 Group, told Broadband TV News. The full offer will also be available on smartphones and tablets through Android/iOS apps, both via Wi-Fi and 3G/4G mobile networks.

The set-top-box will connect the linear TV channels from Astra with the streaming and interactive services from the internet on the TV set. There will also be a CI+ solution.

The basic package Erlebnis (‘Experience’) contains more than 50 HD channels, among them the free-to-air channels of public broadcasters ARD and ZDF and commercial broadcasters including RTL, ProSiebenSat.1, Discovery and Viacom for €7.90 per month.

The basic package also comprises non-linear functions such as live pause, restart, the broadcasters’ catch-up portals, a T-VOD service from Videociety with over 5,000 movies and a network PVR enabling cloud-based recording. 10 hours of storage capacity are included in the basic package with customers being able to sign up for larger packages with 100, 250 and 500 hours.

The Entdecker (‘Discoverer’) package for €11.90 per month additionally contains three pay-TV channels subscribers can choose from the Diveo premium line-up. The selection can be changed each month. 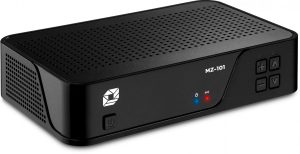 The set-top-box is sold online for the special introductory price of €79 with the CI+ module costing €49. Rental options are currently not available. The minimum subscription period is 12 months. Initially, Diveo will distribute subscriptions and the hardware through its website with large electronics market chains and local retailers to follow as the next step.

Rockstein stressed that all linear TV, on-demand and interactive services are integrated on a single user interface. “It’s not just a line-up of different apps.” The deep integration enables functions such as searching for series, movies or actors across several broadcasters’ catch-up services. Through the Android and iOS apps, the full service is available on smartphones and tablets, enabling, for example, remote recording.

Rockstein acknowledged that it’s been a challenge obtaining all the rights required for the on-demand, interactive and mobile services. “But we’ve got everything possible.” This excludes rights, for example for certain programmes, broadcasters were unable to provide.

The platform uses a smartcard-based conditional access solution provided by Viaccess-Orca. For the CI+ module, Diveo has created a smart TV app combining the module with the TV set’s internet connection. This enables the user interface on CI+ to look like the user interface on the set-top box. The first partner offering the Diveo app on its smart TV sets is Samsung with other manufacturers to follow. 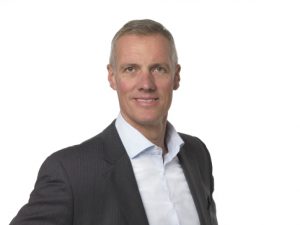 The linear SD and HD free-to-air channels are distributed to households through Astra with the pay-TV channels using OTT streaming. Diveo recommends a minimum internet bandwidth of 10Mbps “to be on the safe side”, said Rockstein (pictured), but lower speeds worked during tests.

Interestingly, M7 didn’t rent its own Astra capacity for the Diveo service, but co-uses existing transponder space of partners. Rockstein didn’t go into detail, but it is likely that one of these partners is Astra: The satellite operator’s German DTH platform HD+ offers exactly the same 23 commercial HD channels as Diveo.

Asked about the differences compared with HD+ and Sky Deutschland, Rockstein pointed to Diveo’s strong non-linear and mobile offer. This is resembled in the platform’s slogan: Mit Diveo wird Fernsehen unverpassbar (‘With Diveo, you won’t miss anything on TV any more’). With this approach, Diveo reacts to the growing demand for non-linear content among satellite households, said Rockstein.

Diveo will only be offered to DTH households in Germany, but Rockstein hinted that it could act as a role model for rolling out hybrid platforms in existing M7 markets. The group, active in Austria, the Benelux countries and Central and Eastern Europe, already uses synergies between its local operations, for example in the areas of set-top-boxes, CI+ modules, OTT, apps and content provision.

The launch of Diveo marks M7’s entry into the German B2C market. The company previously only offered B2B services for cable operators, IPTV platforms and the housing industry, providing TV channels, a multiscreen app and other white-label services. Rockstein doesn’t see a conflict of interest as Diveo just targets the DTH community and not cable households. In fact, the venture would strengthen M7’s foothold in the German market, also for the benefit of its B2B partners.

Broadband TV Views: The launch of a German DTH platform doesn’t come as a surprise as M7 always stressed that this was an option, dating back to May 2014 when the company acquired the KabelKiosk platform from satellite operator Eutelsat.

Diveo will undoubtedly have a positive impact on competition in the German DTH market so far dominated by Sky Deutschland and HD+. Following their removal by Sky, third-party channels such as the pay-TV services from ProSiebenSat.1, AXN and Sport1 US have found a new home on the Diveo platform just like smaller channels that have never been marketed to DTH households, for example Silverline Movie Channel, RCK TV and Gute Laune TV.

Renting no extra Astra capacity, but co-using existing feeds, is a clever move by M7 to save costs, thus making the venture less risky. It should be kept in mind that previous attempts to compete with Sky for DTH households – arenaSAT from Unitymedia and easy.tv from Primacom – failed, not least because of the high costs involved. Nevertheless, Diveo resembles a major strategic move for M7 as Germany is the largest market in the company’s footprint, offering strong growth potential.

Wi-Fi 6 and Wi-Fi 6E client devices are entering the home in an unprecedented way, surpassing 50% market share since their introduction in 2019 (compared to four years for Wi-Fi 5). … END_OF_DOCUMENT_TOKEN_TO_BE_REPLACED