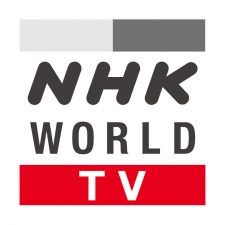 “Germany is one of the most significant markets in the world,” said Yoshihiko Shimizu, President and CEO of Japan International Broadcasting, the NHK subsidiary responsible for the worldwide distribution of NHK World TV. “We are honoured to share Asian culture with its people through our high-quality and captivating programming.”

Christian Hindennach, Chief Commecial Officer at Unitymedia, added: “We are happy about the addition of NHK World TV to our line-up. The channel will give our customers an inside view into Japanese news, culture and lifestyle and increase the choice and variety on our cable network.”

Unitymedia, a subsidiary of Liberty Global, serves 6.4 million cable TV customers across Germany’s federal states North-Rhine Westphalia, Hesse and Baden-Württemberg. NHK World TV is automatically added to the channel list on digital receivers provided by Unitymedia. On other boxes, viewers are advised to perform a channel search to receive the channel.

Wi-Fi 6 and Wi-Fi 6E client devices are entering the home in an unprecedented way, surpassing 50% market share since their introduction in 2019 (compared to four years for Wi-Fi 5). … END_OF_DOCUMENT_TOKEN_TO_BE_REPLACED