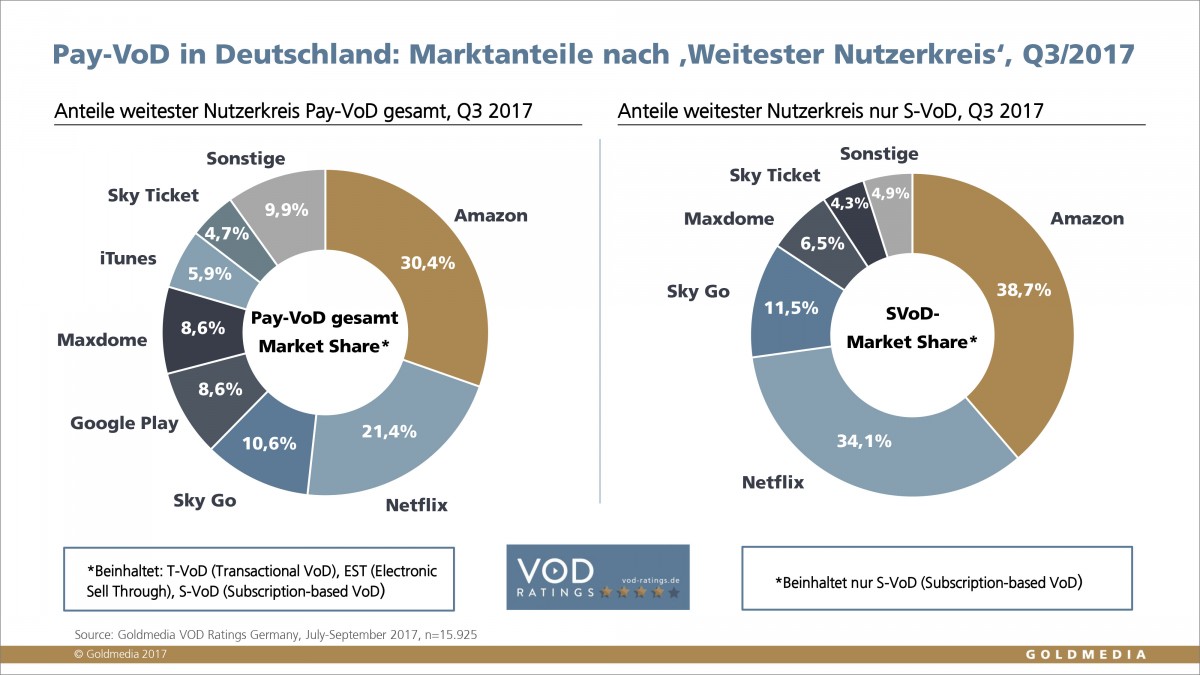 Amazon Prime Video is the market leader with a viewer share of 30.4% followed by Netflix with 21.4% while Sky Go and Sky Ticket jointly reach 15.3% and maxdome 8.6%. These figures were compiled by German consultancy and research group Goldmedia for its analysis platform VOD-Ratings and refer to the share of people in Germany being able to access these video platforms.

For the VOD providers, though, the number of subscriptions sold is more important that than the number of actual viewers. The tendency is positive: In Q3 2017, the pay-VOD operators managed to increase their number of paying customers by a total of 10% due to strong content propositions and accompanying marketing campaigns.

The most successful producer on German pay-VOD is Warner Bros with a total audience market share of 5.1% followed by 20th Century Fox with 2.2%.

The VOD-Ratings are based on an online survey with up to 65,000 participants per year.

Wi-Fi 6 and Wi-Fi 6E client devices are entering the home in an unprecedented way, surpassing 50% market share since their introduction in 2019 (compared to four years for Wi-Fi 5). … END_OF_DOCUMENT_TOKEN_TO_BE_REPLACED