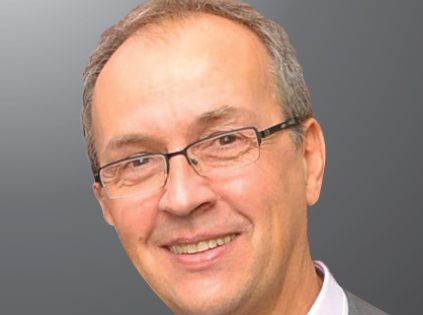 Broadband TV news talks to Pascal Orhan, founder and principal analyst of Dataxis and organiser of the NexTV conference series. On December 6 and 7, the company organises and event in Berlin, covering the CEE and DACH markets.

– On December 6 and 7, Dataxis is organising the first conference covering CEE and DACH countries in its NexTV series – why did you choose those countries?

If you compare to the rest of Europe, the market in this region has several common characteristics. CEE is a very significant market, but far less consolidated than France, UK, Spain, Portugal or Italy for example. In all DACH countries you will also find more players than in most other large countries. This is creating more dynamism, because there is still a lot of consolidation happening, but also more business models than anywhere else. In addition, we decided to combine DACH and CEE, because we see this distinction as more and more artificial. Why gather only the countries that used to be behind the wall? In fact DACH and CEE have in their histories and geographies a lot in common. Just look to the position of Deutsche Telekom and Telekom Austria in the region. And Berlin is a centrally located and easily accessible city. Plus it is very attractive and Dataxis has one office there…

– In established markets with high broadband penetration, new OTT services are challenging the incumbent operators and platforms. In the Berlin conference you bring both sides of the story – can you elaborate on that?

We will have a strong focus on OTT. Not only DACH but also CEE have a good broadband penetration, and in addition, in many countries, there is a lot of fiber deployed and 4G has of course taken off. This is creating the challenges and opportunities.
We will have panels discussing several issues :
– what are the perspectives for T-VOD and S-VOD platforms, how do they work with operators?
– how is linear OTT TV challenging the current FTA & Pay TV distribution platforms?
– how can mobile operators now enter in TV without any fixed network infrastructure?
– very important as well are the way established pay TV networks can adress the D2C opportunity.

– For a number of years you have been organising events in Latin America and Africa – can you tell a little bit more on them?

Yes Dataxis started with its first NexTV event in Argentina, back in 2011. At the time, the main issues were the transition from analogue to digital and IPTV. Since then we have added more and in total in 2018 we will be running 12 events, in Latam, Africa and Europe, including a new series called Future Ad.

– Can you tell a bit about the difference between the various markets? And how do they compare to Europe?

I would say that they are a number of common players, in particular large TV networks and technology vendors. However in Africa, we are really in a different context. First, because internet availability is very scarce, so many of the issues which have become prevalent in the rest of the world, are not yet so important. What is important is that Africa is now creating an industry, from production of its own content to the distribution, to new advertising platforms… In Latin America, we have similar issues and debates as in Europe. It should be noted that pay TV is important in Latin America, and ARPU is in fact often above what you will find in CEE for example. This is because, as in North America, there is a very poor FTA offer, and no quality public TV. If you want to watch a decent TV, you have to pay. And most content comes from US too. So, cord-cutting, etc, will be an issue for Latam, as more and more households get access to broadband. And in CEE & DACH, you have a situation where pay TV penetration is not so significant, or it is not real pay TV with the related high ARPU, but more distribution of basic channels for a low or medium ARPU. So you have here again a different situation.

Wi-Fi 6 and Wi-Fi 6E client devices are entering the home in an unprecedented way, surpassing 50% market share since their introduction in 2019 (compared to four years for Wi-Fi 5). … END_OF_DOCUMENT_TOKEN_TO_BE_REPLACED