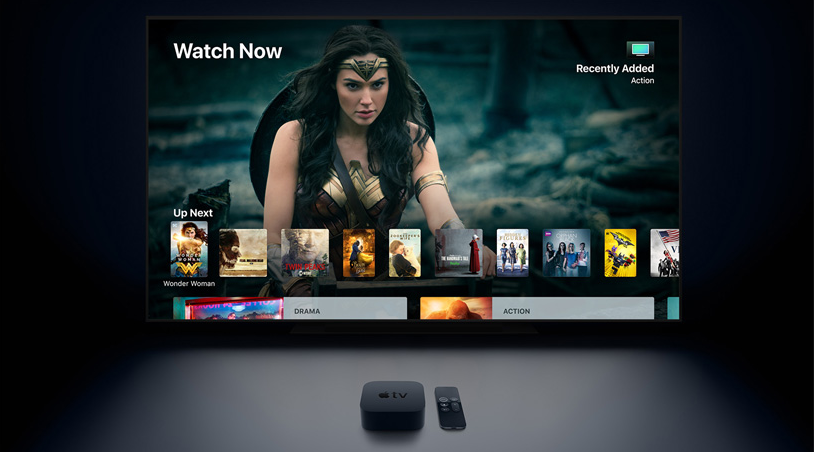 Apple has (finally) introduced the new Apple TV 4K with support for both 4K and High Dynamic Range (HDR).

“Bring the magic of the cinema straight to your living room with the new Apple TV 4K,” said Eddy Cue, Apple’s senior vice president of Internet Software and Services. “Customers will love watching stunning 4K HDR movies from an impressive catalog on iTunes, while also getting automatic upgrades of 4K HDR movies already in their iTunes library and enjoying 4K content on services like Netflix and Amazon Prime Video, coming soon.”

Apple TV 4K is built on the A10X Fusion chip — the same chip that powers iPad Pro, and supports both Dolby Vision and HDR10.

Later this year, the Apple TV app is making it easier than ever to watch and get updates about live sports just by saying “Watch the Warriors game” or “What’s the score of the Cubs game?” to Siri. Sports fans in the US will be able to track their favourite teams and get on-screen notifications whenever they are playing, as well as see all the teams, leagues and sporting events currently playing through a dedicated Sports tab.

“The caveat is the fourth/fifth generation Apple TVs’ collective differentiator – gaming. However, gaming as an added-value proposition with the prior model has not generated sufficient consumer response at the $149-199 price tiers to substantially advance the brand’s competitive position in the streaming video device market. Therefore, it is unlikely, with a new three-product lineup continuing to span $149-199, that the addition of 4K and HDR will motivate enough consumers to change Apple’s competitive standing.

“This pricing-induced status quo is expected to be reinforced by competitors’ further drops in 4K streaming device pricing and new product introductions over the next several quarters. As a bellwether, gray-market generic Android set-top boxes capable of 4K at 60 fps are already less than $40 in China. 4K resolution rapidly has become table stakes, even for low-cost manufacturers and SoC providers. Competition and falling costs are expected to steadily whittle down the price premium able to be charged for 4K over the next year.”

Wi-Fi 6 and Wi-Fi 6E client devices are entering the home in an unprecedented way, surpassing 50% market share since their introduction in 2019 (compared to four years for Wi-Fi 5). … END_OF_DOCUMENT_TOKEN_TO_BE_REPLACED