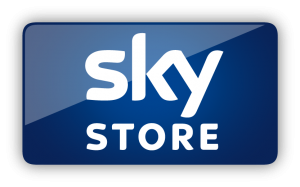 Sky has started offering its transactional movie service Sky Store to subscribers in Germany and Austria.

Compared with the previous Sky Select service, Sky Store provides a larger line-up of individually accessible movies available directly after they’ve been shown in cinemas and up to two weeks ahead of their DVD and Blu-ray release.

The movies can’t just be rented, as previously, but they can also be purchased. In addition to the digital version, buyers automatically receive the film on a DVD or Blu-ray disc by post.

All films can be ordered through the remote control of the Sky+ and Sky+ Pro receiver or on the internet and watched instantly. For access on smartphones and tablets, there are Sky Store apps for iOS and Android.

Independent of the device on which the viewer started watching the movie, it can seamlessly continue to be watched on other devices; downloads for offline access are possible though the app.

By the end of 2017, more than 1,000 titles are expected to be part of the Sky Store, for example from Constantin, Disney, Fox, Paramount, Sony, Studiocanal, Tele München Gruppe and Universal.

With Sky Select, Sky customers can continue to watch live pay-per-view (PPV) events such as football, WWE, concerts and boxing. Through the linear PPV channels (Sky Select), they can also still order movies to watch at a certain fixed time.

The Sky Store launched in April 2014 in the UK. In January 2017, Sky announced to introduce the service in Germany and in Austria this year.

Wi-Fi 6 and Wi-Fi 6E client devices are entering the home in an unprecedented way, surpassing 50% market share since their introduction in 2019 (compared to four years for Wi-Fi 5). … END_OF_DOCUMENT_TOKEN_TO_BE_REPLACED